Qatar has welcomed the ‘Al Ula Communique’ that was announced on the sidelines of the 41st session of the Gulf Cooperation Council (GCC)’s Supreme Council, held in Riyadh on January 5.

The GCC leaders re-confirmed their commitment to achieving interdependence and integration between their countries in all fields.

The session was held at Maraya Concert Hall in the historic Saudi city of AlUla, chaired by Saudi Arabia’s Crown Prince Mohammed Bin Salman, on behalf of King Salman. The GCC leaders signed the “AlUla Declaration” at the 41st GCC Summit, named “the Summit of Sultan Qaboos and Sheikh Sabah” to appreciate their efforts.

Qatar in a statement affirmed that the meeting came at a “decisive moment” as an extension of the joint work process in its Gulf, Arab, and Islamic framework.

The statement also mentioned that it strengthens the bonds of friendliness and brotherhood between people, anchoring the principles of good neighborliness and mutual respect.

Netizens share happiness as Saudi Arabia had finally reopened its airspace, land, and sea borders with Qatar as part of a deal to end the three-year diplomatic disputes.

Saudi Arabia’s Crown Prince Mohammed bin Salman told the GCC Summit in AlUla that the agreement to mend ties with Qatar underscored the importance of solidarity and security among Gulf, Arab, and Muslim states.

Crown Prince and Qatar’s Emir Sheikh Tamim bin Hamad Al-Thani were seen at the airport earlier in the day at AlUla airport capped the Qatari ruler’s arrival on Saudi soil for the first time since 2017. 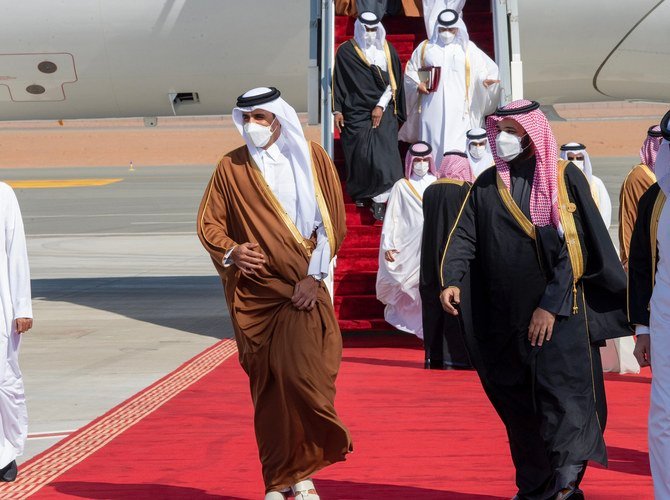