Famous Turkish Esra Bilgic has become a household name in the country after the state channel, Pakistan Television started broadcasting “Dirilis: Ertugrul” in the national language.

The artist of the drama have witnessed a surge in her popularity through the feedback she received from her Pakistani fans on the social networking site, Instagram.

The majority of her fans praised the actress for her acting skills and outstanding performance while some criticized her because of her dressing.

The actress of the popular Turkish TV series, Ertugrul posted a new picture on her Instagram but she muted the comments of the post. 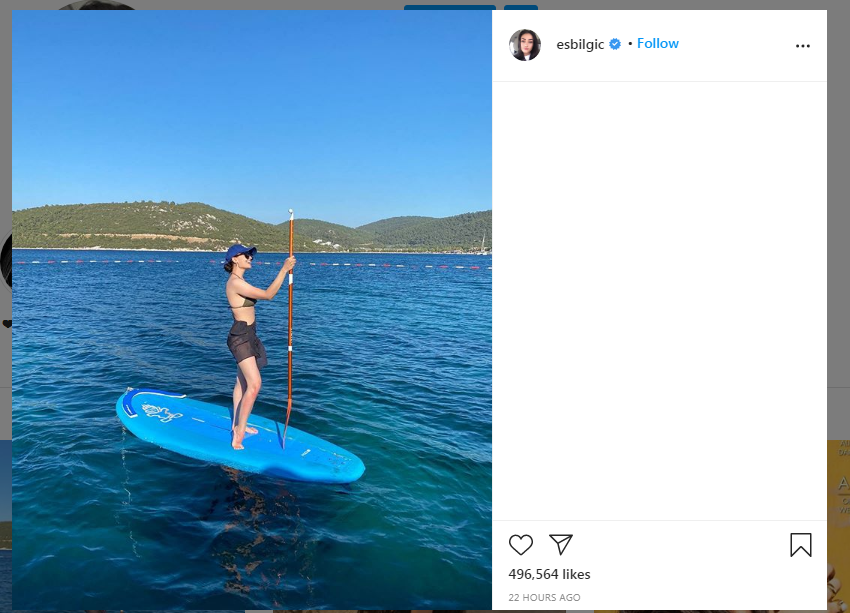 It is to be noted that the actress also didn’t write a caption on it.