Pakistani singer Falak Shabir is currently in Turkey, creating memories with his beloved wife Sarah Khan. The couple has been treating its fans with PDA-filled photos captured in the mesmerizing city.

However, on the holy day of Friday, the Ijazat singer got lucky as he bumped into a world-famous cleric “Mufti Menk”.

Falak shared a selfie with the cleric, having a meal and wrote “Jumma Mubarak”. 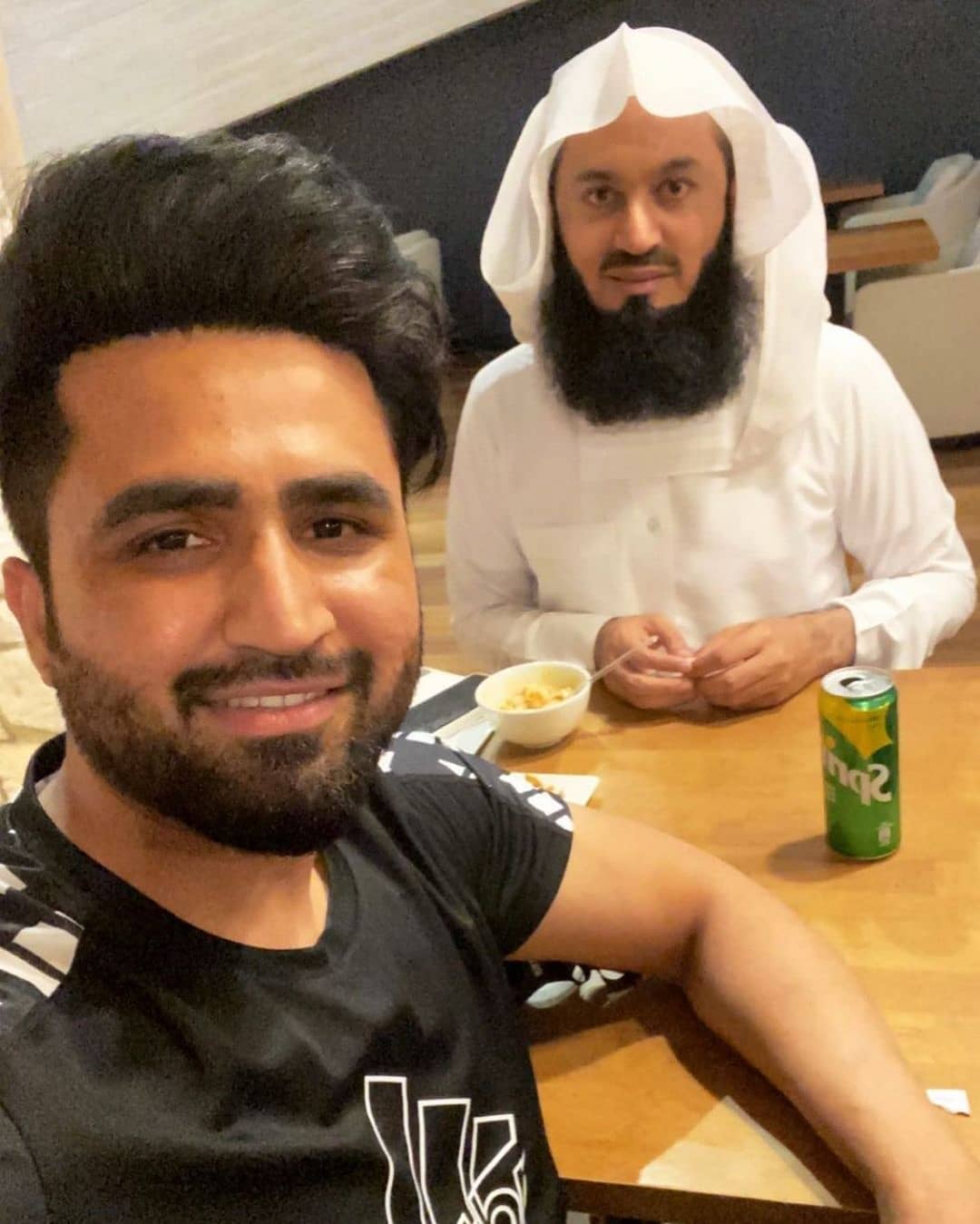 Mufti Dr Ismail Menk is a leading global Islamic scholar born and raised in Zimbabwe. He is one of the most active scholars on social media with millions of followers.

Mufti Menk was named one of “The Top 500 Most Influential Muslims in the World” since 2010.

Mufti travels the world to spread a simple but profound message: “Do good, help others while preparing for the Hereafter”.

Actress and model Sarah Khan shared her loved-up picture with her husband,...