Gigi Hadid has pointed the so-called anti-Semitic supporters of Palestine, calling them “hypocrites” for increasing hate towards the Jews.

“Anti-Semitic people who are using the pro-Palestine movement as an excuse to be violent and/or hateful towards Jewish people should be ashamed of themselves,” wrote the supermodel on Instagram. 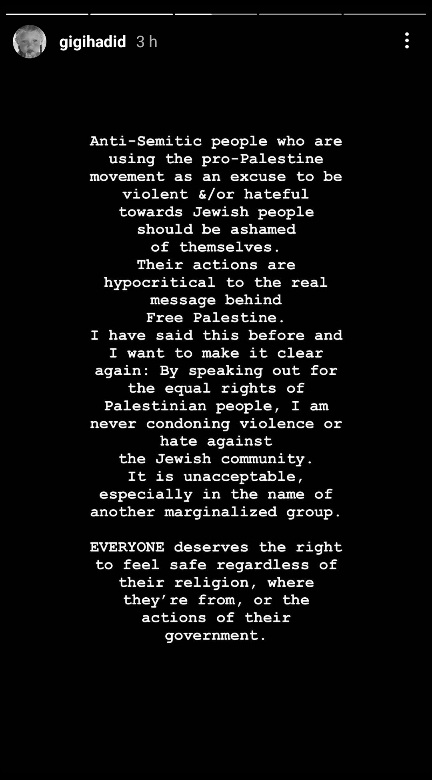 Hadid further added: “Their actions are hypocritical to the real Free Palestine. I’ve said this before and I want to make it clear again: By speaking out for equal rights of Palestinian people, I am never condoning violence or hate against the Jewish community.”

“It is unacceptable, especially in the name of another marginalized group,” said Gigi, adding: “Everyone deserves the right to feel safe regardless of their religion, where they’re from, or the actions of their government.”

Sharing another post on her account, Hadid said: “If you’re pro-Palestine with anti-Semitic intentions, I’m telling you to distance yourself away from the Palestinian cause as much as possible. We don’t want your support. We will not have your ignorance bastardize our fight for equal rights and justice. Which is all in the name of humanity.” 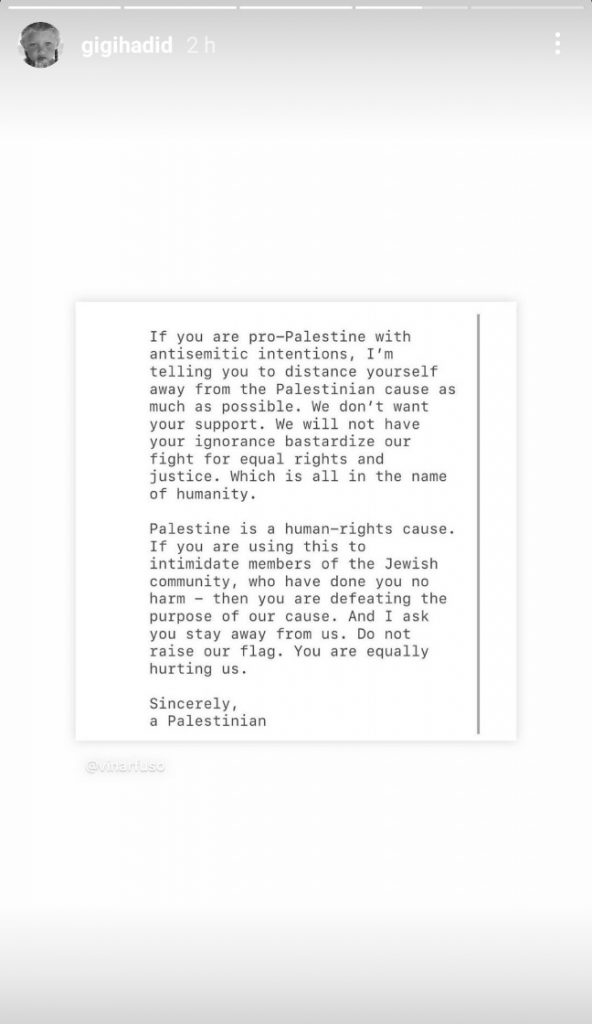 The supermodel further said: “Palestine is a human rights cause. If you’re using this to intimidate members of the Jewish community, who have done you no harm – then you’re defeating the purpose of our cause. And I ask you [to] stay away from us. Do not raise our flag. You are equally hurting us. Sincerely, a Palestinian.”

When Gigi earlier extended her support towards Palestine, she had simplified that she “condemns anti-Semitism” and is not trying to kill anyone.

The wait is finally over as Ali Zafar has released his new...

Kubra Khan talks about her experience in 'Sinf-e-Aahan'

Kubra Khan is a British Pakistani actress, was born on June 16,...

During July and August of the current financial year, the imports of...