Feroze Khan criticized for his statement on boxing

Feroze Khan criticized for his statement on boxing

Feroze Khan is a skilled Pakistani actor who has appeared in many drama serials. Khaani, Ishqiya, and Khuda Aur Mohabbat are his most popular drama serial.

Last year, the actor announced to leave the showbiz industry but he did not fulfill his promise, he changed his mind and addressed about returning to showbiz. After the announcement of resuming acting, he had to face a lot of bashing and he is still facing it.

He recently appeared in an interview in which he made another announcement to join boxing as his profession, he announced that he will be joining boxing as a profession and will be going to the USA to get trained for it.

As soon as the fans came across this statement, they once again started bashing him.

Some people said it is a money game; if he has enough money, he can travel anywhere and do anything. Another fan said, his Sheikh (religious cleric) has now instructed him to turn into a boxer. One fan inquired as to why he was joining boxing; the fan also stated that Muhammad Ali retired from boxing when his health deteriorated, and the fan was concerned that he should do anything other than fight.

Have a look at the comments. 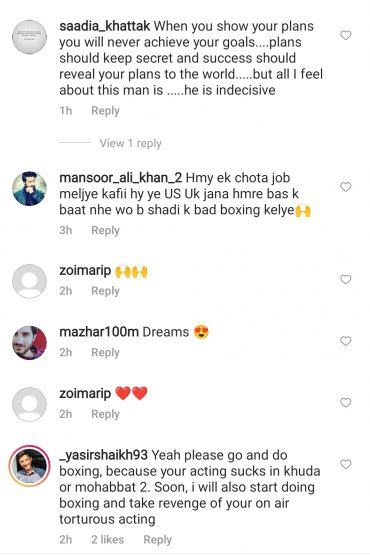 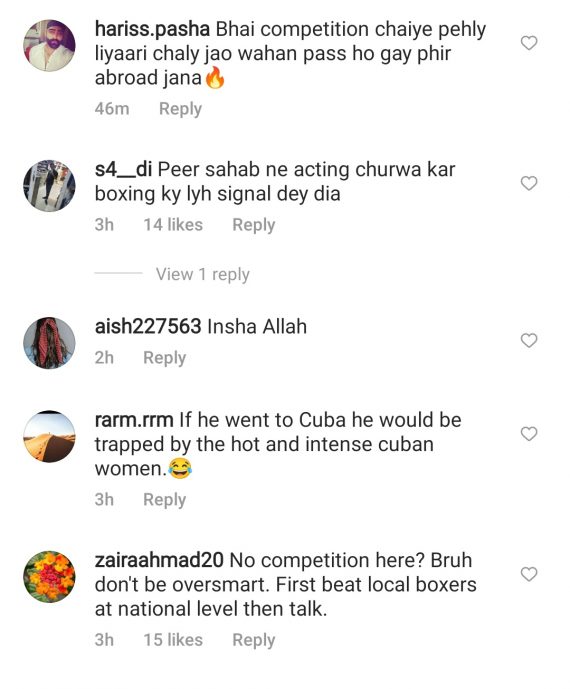 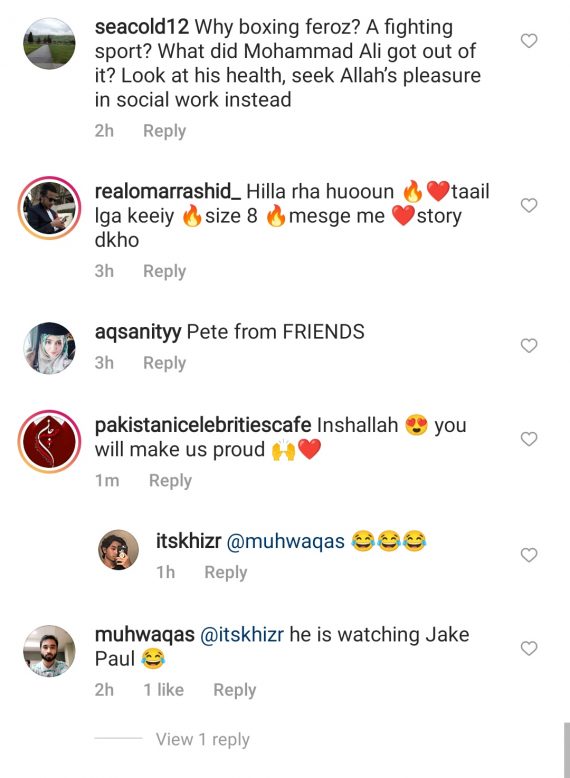 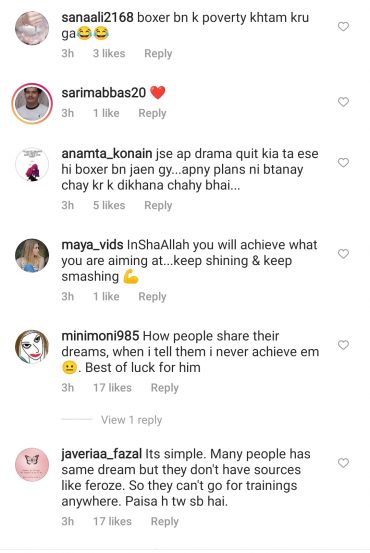