Gazprom and the Hungarian government signed a contract for gas supplies

KARACHI: For many, receiving Covid-19 jabs has been a way to fight the deadly pandemic while for others the vaccination has only proved to be a way to keep their cellphones alive and their salaries on time.

Though the first batch of Covid vaccinations reached the country in February this year, there has been an unusual influx of people in the past week rushing to vaccination centers to get themselves inoculated.

For those who had been delaying their Covid vaccination for one reason or the other, July 29 turned out to be a decisive day when the federal and provincial government announced a deadline following which SIMs of unvaccinated people will be blocked and salaries withheld.

Long queues were witnessed outside vaccination centers spanned across the city with people spending hours before getting their Covid jabs. 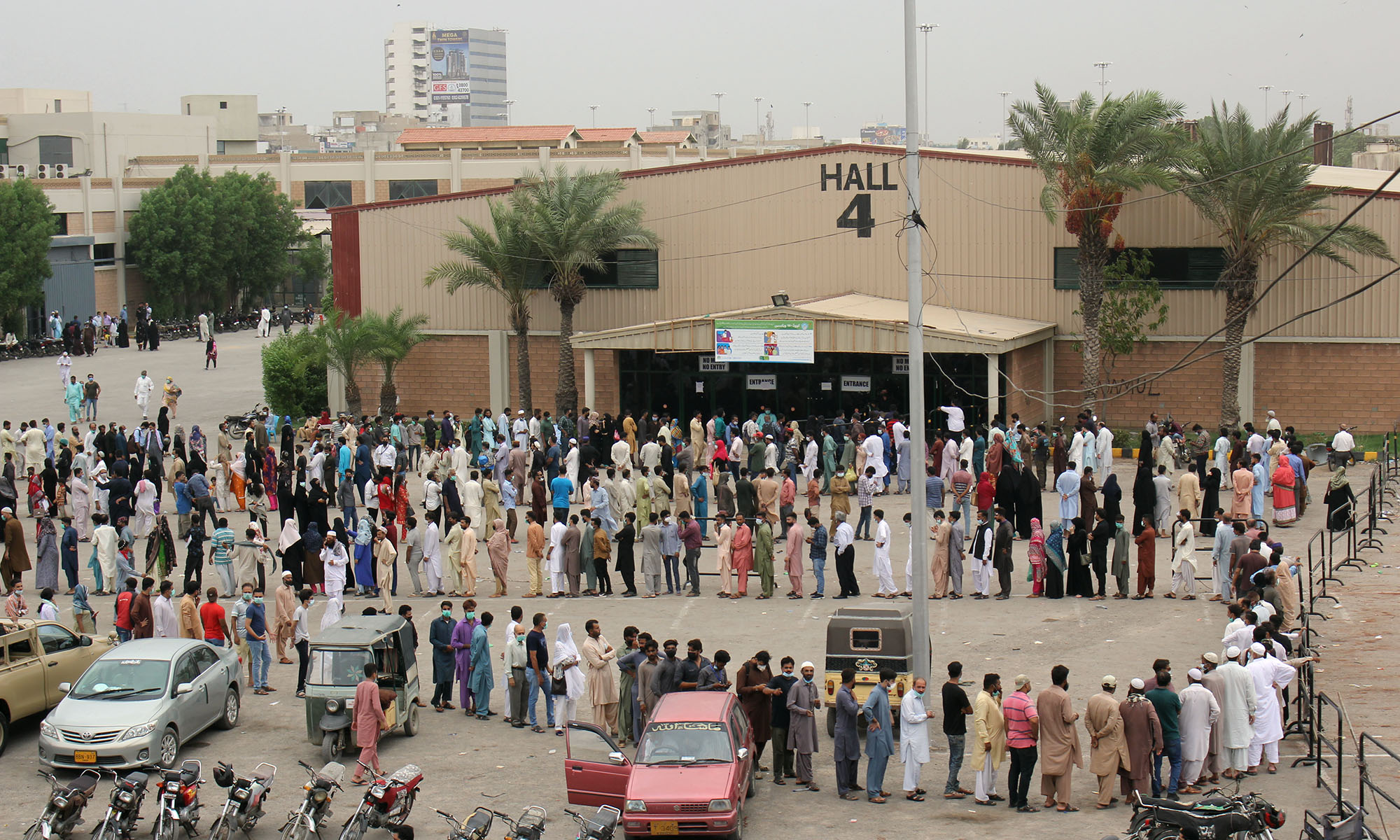 “I know the government is using different types of vaccines as a trial on us but I desperately need my salary,” Abdul Salam commented.

Salam works as a labourer at a local garment factory in New Karachi Industrial Area and his employer, like many others owners, has forced him to get vaccinated or risk being banned from entering the factory.

Salam, however, questions why those who are already vaccinated still contracting the disease.

“So what is the purpose of the vaccine then?” he questions.

Citing a food street, Adil questions why Covid does not affect people spending their time having food from these eateries. 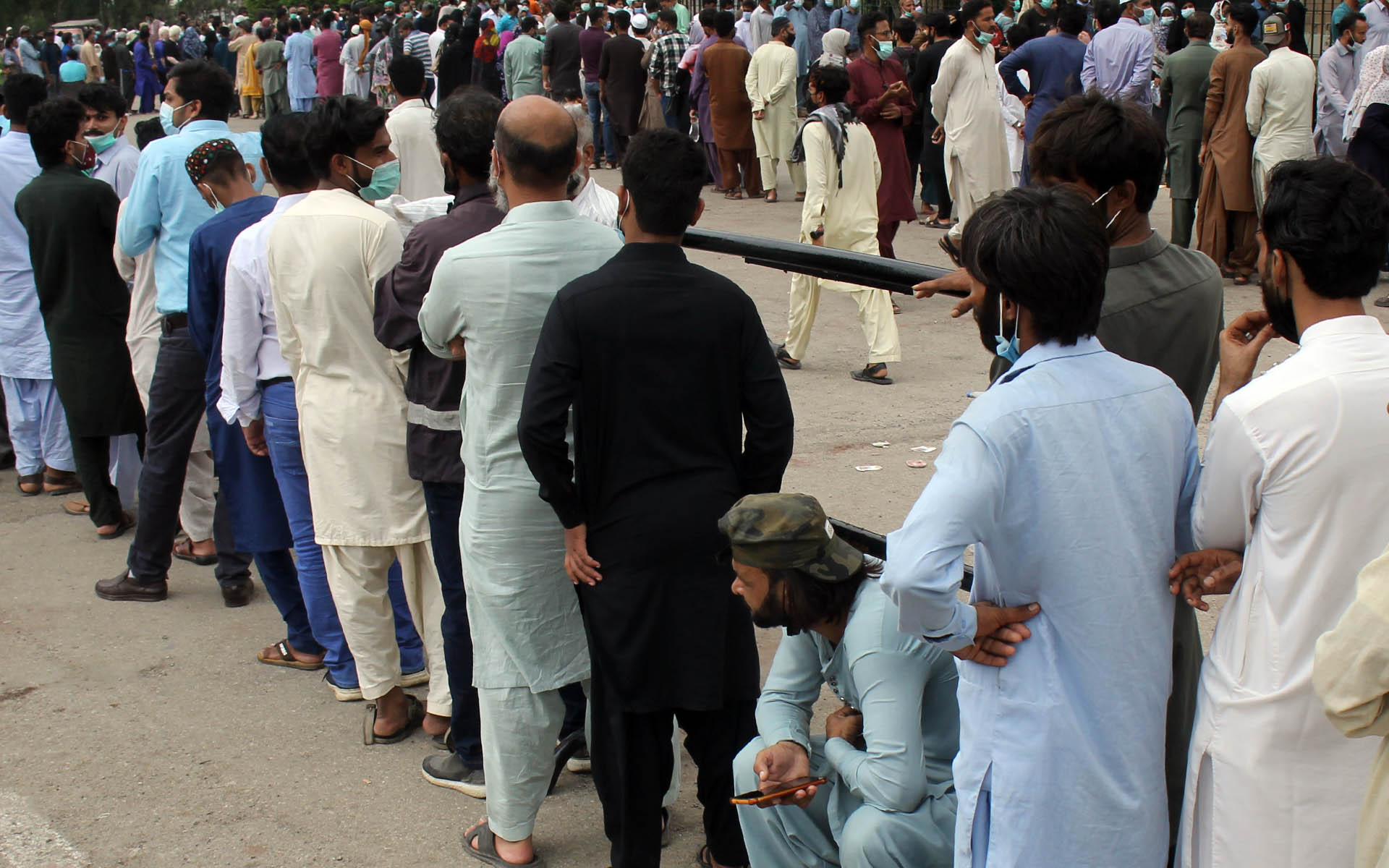 “Corona is an international conspiracy and has nothing to do with the health of the people,” Adil declares.

Though over 23,000 people have died because of the deadly virus across the country since the start of the pandemic, many people like Adil believe that Covid-19 simply does not exist.

“There is no corona at all,” a shopkeeper, who wished to stay anonymous, said.

The shopkeeper is among the many vendors in Zainab Market who have been largely affected by the government’s decision to impose a lockdown in an effort to curb the spread of the virus.

“The only aim of the imposed lockdown is to snatch the bread and butter of the common man,” he added.

Speaking to the media on Monday, Advisor to the Chief Minister Murtaza Wahab emphasized that people need to be vaccinated as soon as possible as more than 87 per cent people in the hospitals with Covid complications are those who were not vaccinated.

He also said that we need more and more people to be vaccinated for which more vaccination centers will be set up across the city.

In the era of social media, most conspiracy theories are being circulated through Whatsapp, Facebook and Twitter.

Though Twitter and Facebook already have a policy about Covid-19 in place and decline all misleading and fake news, Whatsapp has become the main source of spreading misinformation among people. 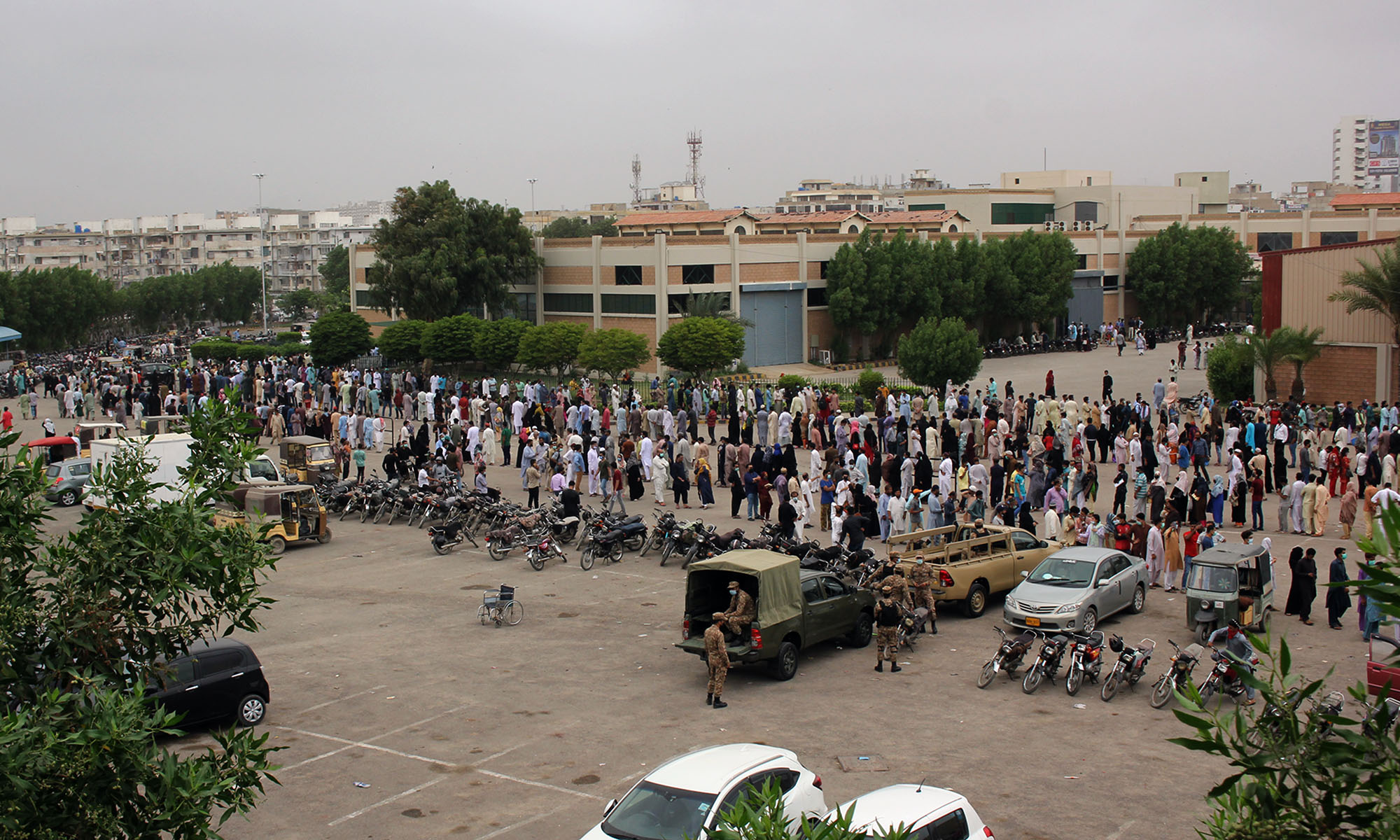 “Fake news is the main reason for people still being reluctant to follow guidelines set by the government,” commented Ali Abbas, a Bio-medical engineer.

Standing in a long queue of people awaiting vaccination outside Expo Center Karachi, Abbas says that the urgency to get vaccinated is not because people have started taking the virus seriously but because people fear their salaries will be held.

“The government must counter the conspiracy theories otherwise the government’s measures to curb the virus will just go in vain,” he added.

He further stated that though there is a large number of people who are now getting vaccinated there is a huge population that needs to be tapped.

“It is a city of millions and only two per cent people have yet been vaccinated,” he claimed.

While many, as per conspiracy theories, fear dying within two years after being vaccinated or of a chip being implanted in their bodies along with the vaccine, there are people who either have just not found the right time or the right vaccine.

A woman from Orangi Town believes that there is no harm in getting vaccinated.

“My son works as a labourer in Dubai and has asked me to get a vaccinated,” she said adding that she believes the vaccination makes no effect on the person and people who have died because of Covid were either already ill or were old. 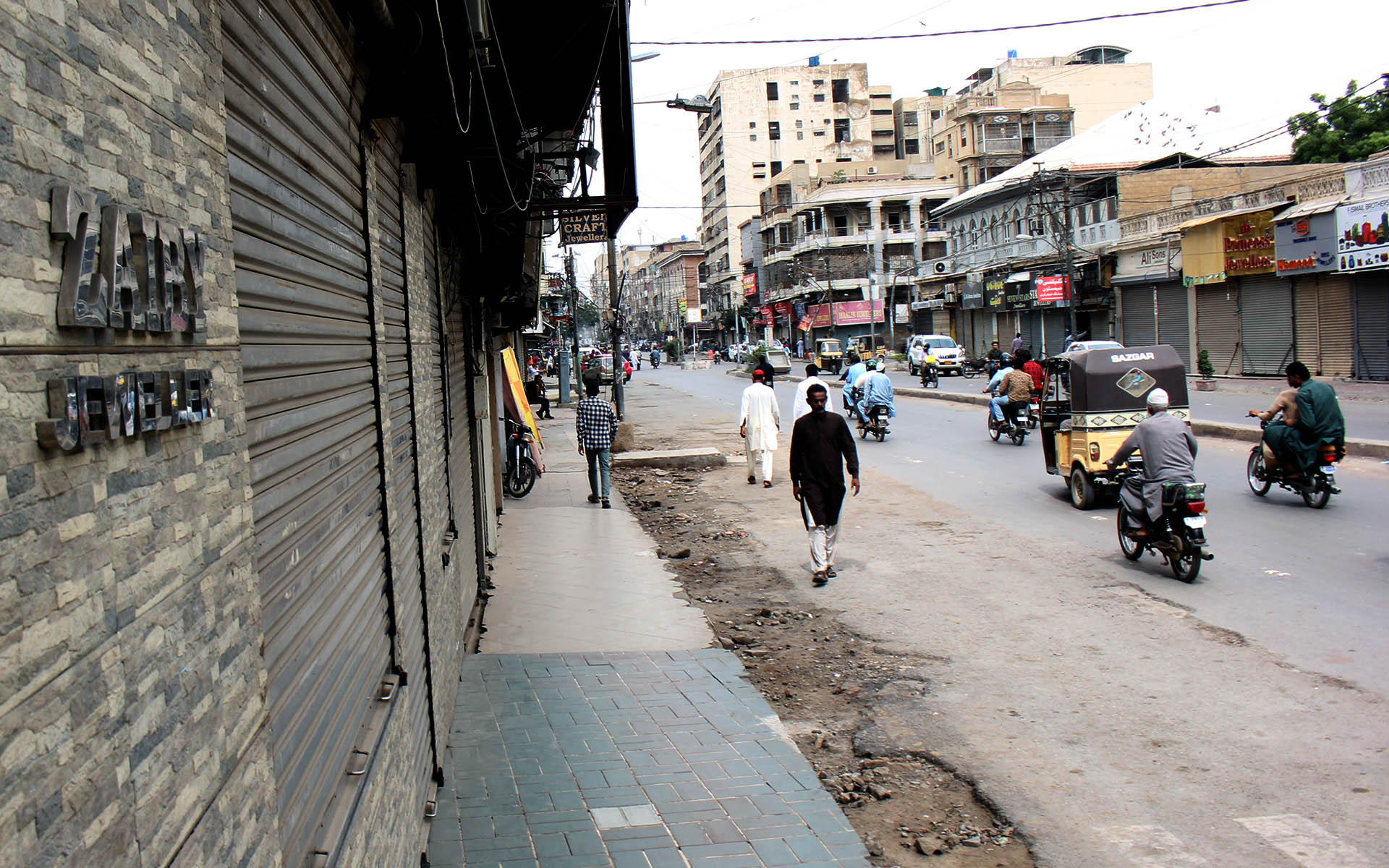 For Muhammad Kamran, his employer testing positive for coronavirus worked as a trigger for him to get vaccinated.

“I don’t want to be sick due to Covid-19,” he said, adding that a large number of people were falling prey to the pandemic.

Meanwhile, health officials heave a sigh of relief as people, despite their reasons, are getting vaccinated.

“It is a good sign, thank God the government’s strategy to force people to be vaccinated is now working,” he chuckled.

The United Nations Security Council (UNSC) has lifted sanctions on the Baghdad...