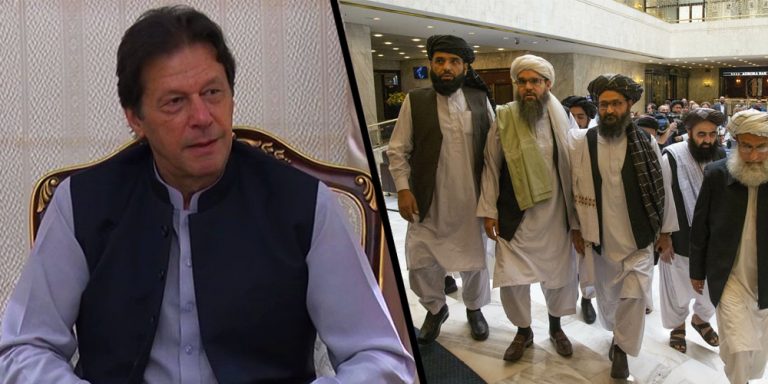 The book entitled “Pakistan-Afghanistan Relations: Pitfalls and the Way Forward” co-edited by Dr Huma Baqai and Dr Nausheen Wasi, is a substantive contribution to the ongoing debate on Afghanistan. Although it is a work encompassing events before the Taliban’s capture of Kabul, the core issues concerning the Afghan conundrum are relevant.

The book is a valuable addition to the scholarly discourse undertaken by half a dozen scholars, each from Pakistan and Afghanistan, which has enriched the discussion and helped understand the perspectives on both sides of the border. Interestingly, Afghan scholars believe the border between the two countries is the “Durand Line”, reflecting a mindset that has created bitterness in the past and has long been a bone of contention for the Afghans.

The Durand Line is an international border for Pakistan and never figures as a dispute during internal debates or bilateral interaction with the Afghan officials. Nevertheless, it is a problem Pakistan will have to tackle with the Afghans at an appropriate time. Former presidents Karzai and Ashraf Ghani refused to discuss the issue on the pretext that it was beyond their competence as the Grand Loy Jirga decided this in the early fifties, and only a Jirga of that stature could take a decision on this vital issue. Last time, when the Taliban were ruling Afghanistan, Pakistan raised the issue of the Durand Line. However, the Taliban parried the question by preaching “pan-Islamism”, which did not believe in borders. Let us wait and see how the Taliban’s “Pan-Islamism” pans out.

The Afghan scholars’ discussion on the tribal polity and its structure should be helpful to their Pakistani counterparts and beyond to understand the complexities involved. For instance, it has been highlighted that Pakistan-Afghanistan relations suffer from the old Pashto adage of “Torburwali”, roughly translated as “cousin-rivalry”. However, it does not mean that this cousin-rivalry can allow outsiders to take advantage. Many times these cousins stood by each other when they faced difficulties.

When the Soviets invaded Afghanistan, Pakistan was at the forefront to support the Afghans and received 5 million refugees with open arms. Similarly, Afghanistan stood by Pakistan during the 1965 and 1971 wars with India. President Karzai called both countries conjoined twins. During the 2005 earthquake, he gave all his helicopters (4 out of 6 available helicopters as two were out of order) and 50 doctors and nurses to look after the earthquake victims. Hence the “Torburwali” (cousin rivalry) transformed into “wrorwali” (brotherhood).

It is encouraging to note that both Afghan and Pakistani scholars have shared their frank views, making the policymakers understand the relations’ intricacies and come out with viable options. The book’s most plausible takeaway is the mindset that has bedevilled the relationship during the past seven decades. The “territorial nationalism” serves as a roadblock in the progression of two countries in the political and economic realm.

A change in the mindset can help the scholar on both sides of the border to overcome difficulties that have mired the relationship at the cost of people’s welfare. It should serve as a lesson to the two neighbours that the world is shrinking fast; regional alliances, connectivity, easy or visa-free access are becoming the norm. Both Pakistan and Afghanistan will have to make a conscious decision to become each other’s strength rather than wasting their precious resources in trouncing each other.

The Afghan side has always grudged the nonsensical idea of “strategic depth” (Hameed Hakimi & Zalmai Nishat). This idea was dead on arrival. However, it got stuck in the Afghan and Indian psyche to malign Pakistan. Everyone knows by now that the concept of “strategic depth” could be valid only if Afghanistan is a stable country to save Pakistan’s assets. Secondly, after the nuclearization of South Asia, where Pakistan and India are also missile powers, the so-called strategic depth becomes meaningless as no part of Pakistan and India is hidden from the two adversaries’ reach.

On the contrary, the Taliban have created a “strategic depth” inside Pakistan by becoming the ideological father of Tehreek Taliban Pakistan, which has been the primary source of tensions in the society, including killings of innocent citizens. The TTP owes allegiance to Mullah Haibtullah Akhundzada and has expressed the determination to introduce their brand of Islam in Pakistan. The Afghan Taliban have not taken any action against the TTP. In fact, by releasing the TTP from the Afghan jails, the Afghan Taliban have enhanced Pakistan’s vulnerability.

It was heartbreaking to see late Rahimullah Yousafzai’s article in the book, whom we lost recently. I had a special association with Mr Yousafzai. We were colleagues in the erstwhile English daily The Muslim in the early eighties. He was the Bureau Chief of the Newspaper in Peshawar while I was based in Quetta. Undoubtedly, Mr Yousafzai was the most knowledgeable journalist about regional issues. He was the most sought-after journalist on Afghanistan in the country and with the international media. His write up entitled “Politics of Proxy Wars and Terrorism” in this book, probably his last scholarly contribution to the debate, would be read with great interest. Hopefully, due attention will be paid to the valuable suggestions to improve the Pakistan-Afghanistan relations.

Dr Maleeha Lodhi and Zahid Hussain’s articles touch upon the ground realities and Pakistan’s impending challenges ever since Afghanistan became a victim of superpower rivalry. Dr Maleeha Lodhi has used a scenario analysis approach that surmises that if Afghanistan’s “forever war” continues, the repercussions for Pakistan will be precarious and would further prolong the agony and suffering of the people of Afghanistan.  Zahid Hussain has approached the Afghan problem from the perspective of “great power game and regional rivalries”, which has plunged the landlocked state into a permanent state of turmoil. His analysis of the role played by India, China, Russia, and Central Asian states enrich the readers’ understanding, especially concerning Pakistan-India relations and their impact on Afghanistan.

The writer is the former ambassador to Iran and UAE.

Priyanka Chopra's social media game is on point, as she has given...