Gazprom and the Hungarian government signed a contract for gas supplies

ISLAMABAD: The recently enforced National Accountability (Amendment) Ordinance 2019 has officially come into effect after the federal government published it in the Gazette of Pakistan on Monday.

The official document issued by the Ministry of Law and Justice said the law was amended through ordinance as the National Assembly and Senate are not in sessions.

The law ministry on Saturday officially released the text of the controversial ordinance — The National Accountability (Second Amendment) Ordinance, 2019 — that is still in favour of the country’s businessmen who will no longer bear the brunt of NAB as cases pertaining to “federal or provincial taxation, levies or imposts” have been excluded from the purview of the accountability law and the existing “trials shall stand transferred from the relevant Accountability Courts to the criminal courts” dealing with such offences.

“President is satisfied by the circumstances exist which render it necessary to take immediate action,” it further read.

The first amendment in the NAB Ordinance 1999 was made by the present government on Nov 1 which deprived the people involved “in any offence involving any amount above Rs 50m” from availing better classes in the prison. 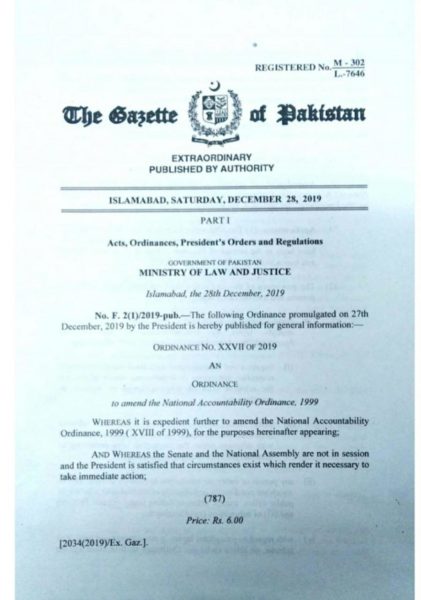 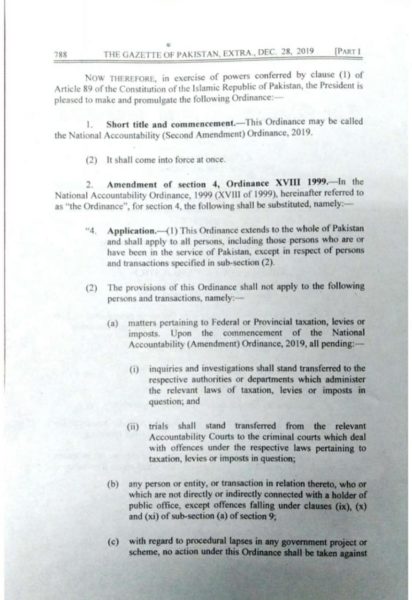 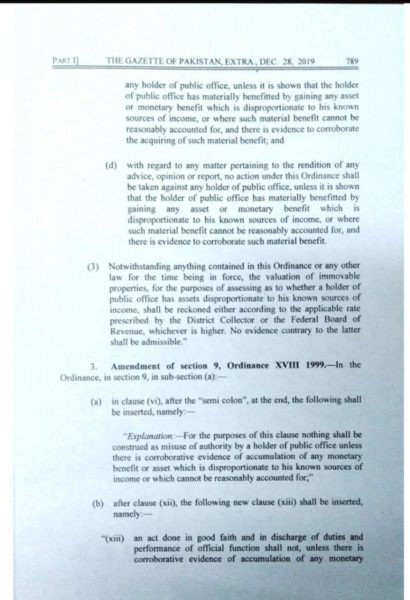 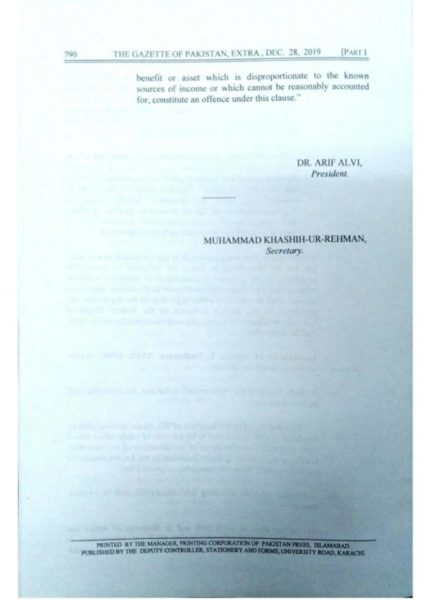 The United Nations Security Council (UNSC) has lifted sanctions on the Baghdad...