Prime Minister Imran Khan took notice of the Minar Pakistan incident and ordered the immediate arrest of those who molested the woman.

PTI leader Zulfi Bukhari wrote in a Tweet that Prime Minister Imran Khan personally spoke to IG Punjab, police is catching all culprits involved in manhandling of female TikToker in Lahore & those damaging statue of Ranjit Singh at Lahore fort.

PM @ImranKhanPTI personally spoke to IGPunjab, police is catching all culprits involved in manhandling of female tiktoker in Lahore & those damaging statue of Ranjit Singh at LahoreFort.
These are gross violations of laws & social norms, govt won’t spare a single person involved.

No accused has been arrested so far in the incident of molestation of a girl in Minar Pakistan. DIG Investigation says that they are identifying the accused through CCTV and social media videos.

After the video went viral on social media, Punjab Chief Minister Usman Bazdar took notice of the incident and ordered a report from the CCPO.

It may be recalled that Ayesha Ikram, who was making a video in Greater Iqbal Park, Lahore on August 14, was harassed by a mob.

A case was registered against 400 unidentified persons involved in the incident. Mobile phones and cash were also confiscated.

After the video went viral on social media, Punjab Chief Minister Usman Buzdar took notice of the incident and ordered a report from the CCPO. 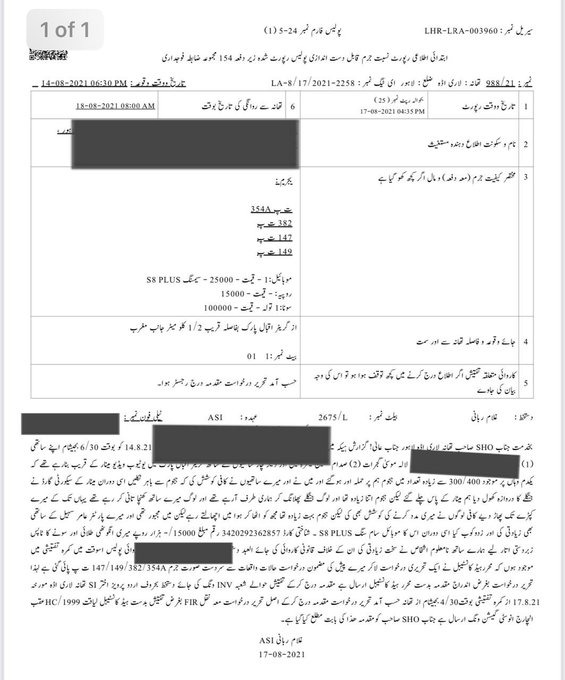 The State Bank of Pakistan has permitted Rs69 billion in loan to...

Following the BRT trail in Karachi

KARACHI: If you travel from Surjani town to Gurumandar by your vehicle,...

Did you know the actress’s hair caught fire while cutting the birthday cake?