In the pictures, Ayesha Saif can be seen dressed in a light pink dress and it was an Indian style dress. 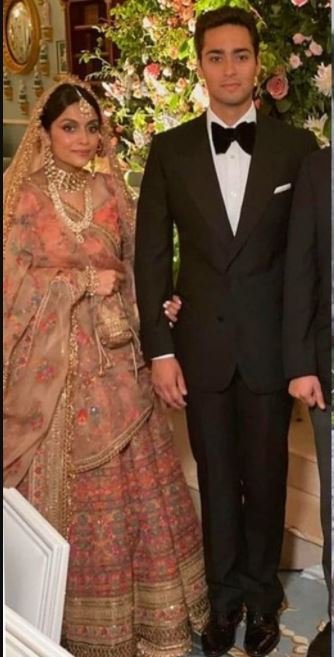 In a photo posted on Sabyasachi’s official Instagram, the girl is dressed in exactly the same style.

The price of Sabyasachi’s wedding dress starts from around Rs 300,000 while it keeps increasing according to the poise and style of the work.

According to the report, Deepika Padukone’s wedding dress was worth around Rs 1.2 million which was made by Sabyasachi.

It may be recalled that the grandson of former Prime Minister of Pakistan Nawaz Sharif was nikahfied to Ayesha Saif in London daughter of former NAB chairman and close associate of Nawaz Sharif Saifu ur Rehman.

KARACHI: The rupee-dollar parity will depend on the initiatives taken by the...