According to details, the couple has parted ways by mutual consent. Ali Akash has sent the divorce papers to Neha’s family and to the police station through his lawyer.

After the divorce, the ex-wife of Ali Akash, Neha Ali is residing at the Dastak Shelter Home in Lahore, revealed the sources.

The SHO Taxila Ijaz Qureshi told the local media that they have talked to Akash’s lawyer regarding security but his lawyer did not call Ali Akash. 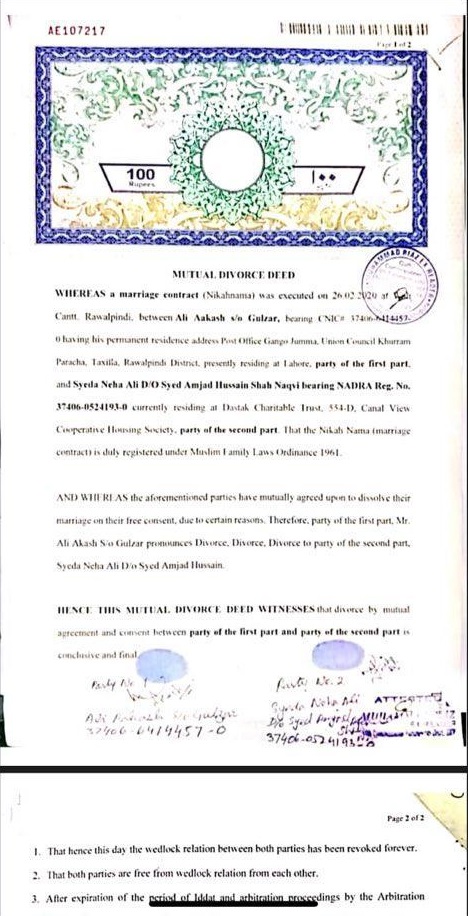 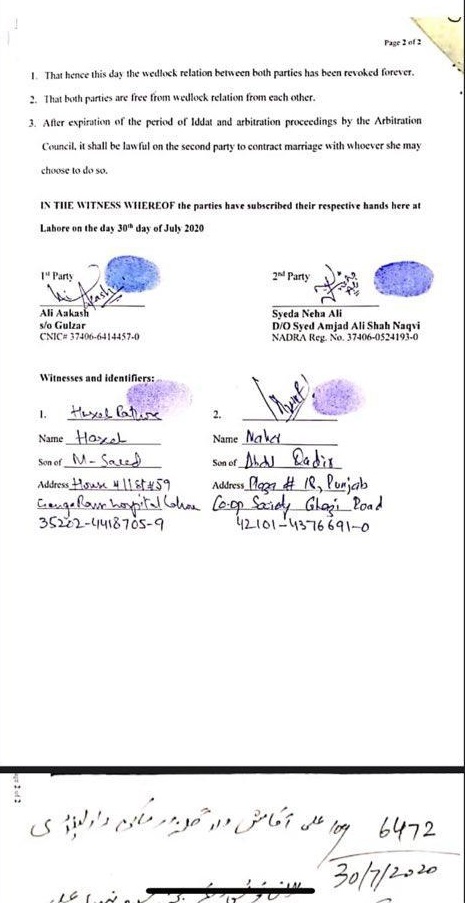 It is pertinent to mention here that Ali Akash after changing his gender from a woman to a man married a girl from hometown Taxil Syeda Neha Ali.

The couple’s wedding went viral on the internet as Ali Akash was previously living as a woman “Asma Bibi” in Pakistan.

It should be mentioned here that Homosexuality is not allowed in Pakistan under Section 377 of Pakistan’s Penal Code, but “carnal intercourse against the order of nature” is punishable by a fine and/or imprisonment for two years to life. Whereas according to the Sharia law of Pakistan, homosexual acts are punishable by corporal punishment (whipping), imprisonment, or death.

Driving Licence Tests To Be Made Tougher Soon Amid Increasing Vehicles

Driving on the roads of the big cities has become difficult day...

KARACHI: The United Arab Emirates (UAE) government has announced that the $500...

No justification to keep Pakistan in FATF grey list: Qureshi

Foreign Minister Shah Mahmood Qureshi said on Wednesday that since Pakistan had...