A nine-year-old girl has made Pakistan proud for setting a new Guinness World Record for the country. The girl has set up a new record in arranging the chemical elements of the periodic table in the fastest way possible.

The new Guinness World Record holder is identified as Natalia Najam who resides in Lahore. According to details, the nine-year-old girl on July 18, 2020, had arranged all the chemical elements of the periodic chart in a time span of 2 minutes and 42 seconds. 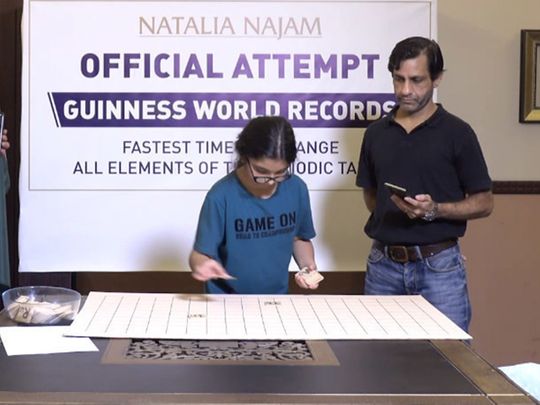 It is a proud moment for the country as Natalia had broken the previous record of an Indian professor by just 7 seconds.

The former record-holder was an Indian economics professor Meenakshi Agrawal. She had arranged the periodic table’s elements in 2 minutes and 49 seconds.

According to sources, the nine-year-old Najam never had formal education and her parents had homeschooled her.

SSGC’s gas suspension slammed: Half of industrial units to close down