Karachi Kings will play against Islamabad United on the 9th day of Pakistan Super League 2020.

The exciting match will begin between Kings and United at 7 pm at Rawalpindi Cricket Stadium tonight.

According to details, the match was canceled due to continuous rain and wet ground, Peshawar Zalmi and Islamabad United have been given one point each.

The Meteorological Department had predicted rain on Friday and Saturday, and it was likely that today’s match would be affected by rain.

The match between Lahore Qalandars and Peshawar Zalmi last day was restricted to 12 overs due to rain and Zalmi won the match.

Officials says that the intermittent rains in Rawalpindi resulted in a very wet outfield with the pitch remaining covered and teams have been mobilized to save the pitch, they added.

The decision was taken, according to the Meteorological Department, the rainfall is likely to continue throughout the day.

Pakistan Super League match is being affected due to rain in Rawalpindi, PCB has announced that the match tickets will be refunded. 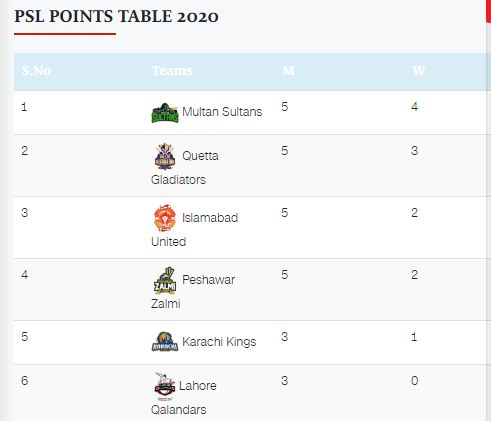 Saeed Ajmal: ‘They don’t care if a Pakistan bowler will get banned’

Saeed Ajmal, who has been banned multiple times by International Cricket Council...

PSL 2021: Karachi Kings Gave The Target Of 191 To Islamabad United

Sri Lankan players are uncomfortable with their head coach Mickey Arthur, who...

Islamabad United wins the toss and elected to field against Karachi Kings...