The solar eclipse 2019 has been started today morning.

The much anticipated solar eclipse of 2019 has begun appearing in north and west Australia, Atlantic Ocean, Indian Ocean, and many countries in Asia including Pakistan.

Experts have forecast that the duration of the solar eclipse will be of around 6 hours.

According to the meteorological department, this is the last and historic solar eclipse, as it will form a ‘Ring of Fire’.

Moon and sun will appear in a distance that they will create a ring.

The solar eclipse began in various countries of the world at 7:30 am (according to Pakistan time).

It is predicted that it will remain until 1:06 pm. 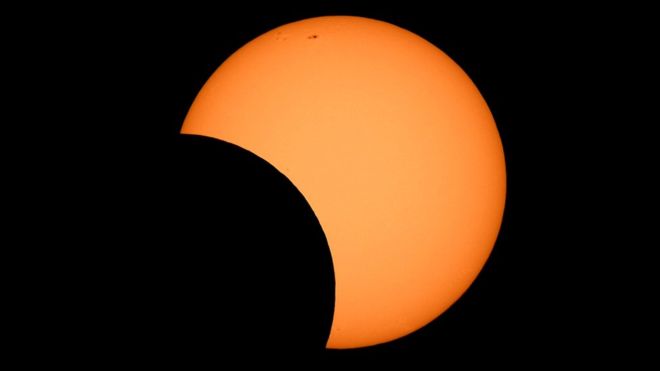 The sun will be seen partially in Pakistan till two and a half hours.

Apart from that, the solar eclipse began in Islamabad at about 7:50 am and will end at 10:15 am. However, fog still prevails in Islamabad and several cities of Punjab.

According to the meteorological department, the solar eclipse will be visible in Karachi, Islamabad, Quetta, Lahore, Peshawar, Gilgit, Kashmir, Muzaffarabad and others.

People are instructed not to view the solar eclipse directly, they can view by wearing protective goggles.

Solar Eclipse will create a ‘Ring Of Fire’ this week

PIA To Start Flight Operation To Saudi Arabia From Today

The Islamabad mayor has ordered for cleanliness activities to be carried out...

ISLAMABAD: Prime Minister Imran Khan has said that the people of Pakistan...

The Iraqi Government has revoked the special flight permit of the Pakistan...

In Sahiwal, the Sessions Court handed down a major verdict in the...

A day after the convicted former PM Nawaz Sharif’s speech at the...

Today USD to PKR (Dollar Price in Pakistan) is given below. All...

BISE Bahawalpur Intermediate Result 2020 will be announced today on September 22,...

BISE Gujranwala Intermediate Result 2020 will be announced today on September 22,...