Aurat March 2020-The debate these days

Aurat March 2020-The debate these days

Aurat March 2020 is in debate these days and a battle has already started on media regarding the event.

When did Aurat March begin?

Aurat March refers to the protests organized in several cities of Pakistan to commemorate International Women’s day. The campaign was organized first time in 2018. It was organized the very first time in cities including Hyderabad, Quetta, Mardan, and Faislabad. In addition to this, the march was arranged in Karachi and Lahore as well with a theme named Hum Auratein (We the Women).

Several health workers Association and other representatives had endorsed the gathering. The march called for more accountability for violence against women, and to support women who experience violence and harassment at the hands of security forces, in public spaces, at home, and in the workplace. Reports suggest that more and more women rushed to join the march until the crowd was became scattered. Women (as well as men) carried posters bearing phrases such as ‘Ghar ka Kaam, Sab ka Kaam’, and ‘Women are humans, not honor’ became a rallying cry. 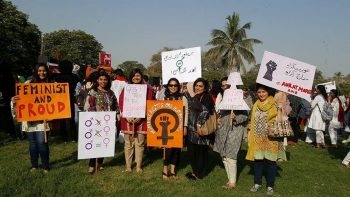 Women gather at Aurat March for a planned manifesto i.e. they demand economic justice, including implementation of labor rights, the Sexual Harassment Against Women in the Workplace Act 2010, recognition of women’s input to the ‘care economy’ as unpaid labor, and provision of maternity leaves and daycare centers to ensure women’s inclusion in the labor force.

Several people have spoken in favor of organizing Aurat March for a justifiable cause, whereas some other people do not want to see mass gathering.

Islamabad High Court has already reserved the verdict on whether the event should be organized or not. We are waiting for the verdict to be publicly revealed.

Other members of JUI-F and Jamaat-e-Islami also said, “Our burqa-clad women will also take to the streets and demand women’s rights in the spirit of the Quran and the Sunnah of Prophet Muhammad,”

On the contrary, several political parties and members of civil society have opposed their statements.

What do social workers say?

Dr. Arfana Mallah, a women’s rights activist from Hyderabad, said, “We will not bow down or succumb to extremist pressures. The Aurat March will take place in Sukkur, Karachi and other cities of the province as planned and women will march for their rights come what may,”

What do politician say?

Chairman PPP Bilawal Bhutto Zardari has expressed his full support for Aurat March 2020. He said that no one is allowed to dictate women to involve in politics and arrange protest.

He said in PPP’s women wing convention yesterday, “These days [some] people say that women cannot march. I tell them that their thinking is outdated. The woman of Pakistan will march and will become prime minister if she desires so,”

In addition to this, Minister of Human rights Shireen Mazari has also spoken in favor of mass gathering.

Shireen Mazari posted a tweet in which she said, “Strongly condemn those political ldrs calling on ppl to forcibly stop #AuratMarch. Women like other segments of society have a right to peacefully protest & demand their rights already enshrined in our constitution.

Strongly condemn those political ldrs calling on ppl to forcibly stop #AuratMarch. Women like other segments of society have a right to peacefully protest & demand their rights already enshrined in our constitution.

What do celebrities say?

He said in a story, “I have even less sympathy for people who exploit the so-called Mera J Merey XYZ”. It’s a Western the campaign which supports, make abortion legal, abolish the ban on organ sale and make prostitution legal,” 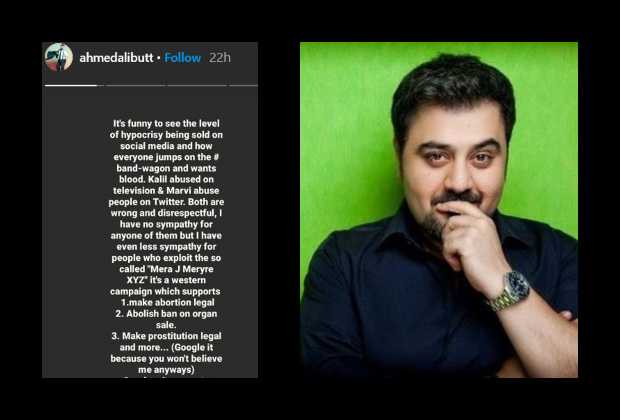 rights and respect for women. It’s sad to see how we forgot that and follow a trend and funded movements,”

I’m sure those who have been organizing the Aurat March are experienced, have been working for years for the cause of women..they have a better idea of what should and should not be done. I write out of pure observation. #WhyIMarch pic.twitter.com/D3AUQYM3Re

Thanks! I really admire you for some really bold stands you have taken,including helping @zindagitrust to make LSBE a part of state Curriculum.LSBE is now part of sindh Curriculum & hopefully hundreds & thousands of children will b made aware to save themselves from sexual abuse https://t.co/r31CY5CWpB

Cricket Australia has said that it is monitoring the situation regarding its...