Every time I used to watch television serials, I only see typical stories with pathetic domestic problems. In most of the serials, I just noticed women crying more often as they receive harsh treatment from their husbands and other people. I feel bothered why women are not replying to the harsh treatments. However, Churails has brought somethign different for the viewers.

However, I recently watched churails series and I am proud to see women in action The story involves four leading characters Sara (Sarwat Gillani), Jugnu (Yasra Rizvi), Batool (Nimra Bucha), and Zubaida (Meher Bano). They see the wickedness of some men in a society, so they decide to teach them a lesson. They hire other girls and women, and this feminine gang becomes the voice of other women who are being cheated on. The acting of all the actors was exceptional, no doubt! The story was good, but the execution of the plot was amazing. There are 10 episodes of ‘Churails’, but each episode makes you get to engage with the characters till the end, you cannot skip a single part of an episode. 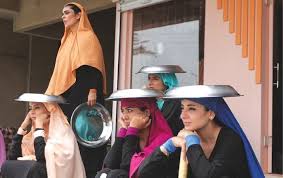 Churails is truly a masterpiece, in my opinion. Several people are criticizing it as women were seeing taking revenge. They were seen firing guns and beating men with sticks. . ‘Mard ko dard hoga’ (men will feel pain) is something distinct and it has raised eyebrows.

What makes ‘Churails’ different from other Pakistani dramas?

In dramas and movies, we mostly see a thin actress with a perfect body physique and perfect hair. However, the Churails squad was different. Not all the women in the series were having an ideal body. I appreciated the maker Asim Abbasi for respecting and hiring women in distinct body shapes. What I noticed was that acting skills mattered the most than the looks. I liked this factor.

In the world full of Jameel & KK, be like Dilber and Shams!

Viewers have made a perception that Churails have portrayed a bad side of men. However, this series will not make you completely hate men. The roles of Shams and Dilber clarify this misconception. They both supported women till the end, and they were not like other cheating guys. 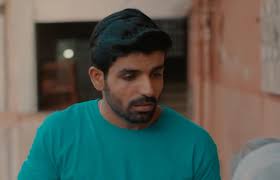 Pakistani series ‘Churails’ to be released on Indian streaming platform

Pakistan and Bahrain have signed a Memorandum of Understanding (MoU) for the...