A mother-of-six was preparing to marry before she was tragically killed when her car crashed into a tree on New Year’s Eve.

Jade Warry, 35, was driving along Bucca Rd in Bundaberg, south-east Queensland on Thursday at night when her car careered off the road. A passing motorist found Ms Warry and paramedics were called to the scene but nothing could be done to save her life. 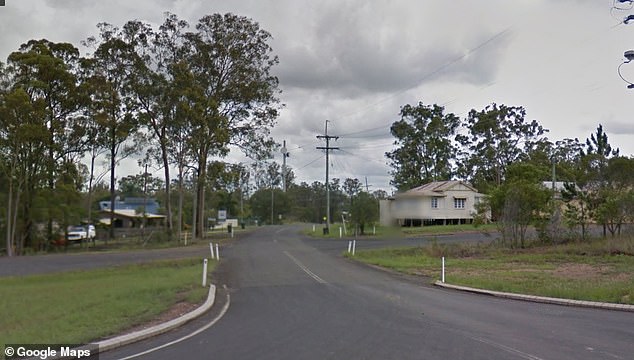 Ms Warry was reportedly engaged to be married in 2021, sources reported.

Tributes have since poured in for the beloved mother.

‘I am so shattered, we have lost a good one here, such an awesome mum and beautiful person taken way too soon. Fly high Jade you will forever remembered and never forgotten,’ one person wrote in an online tribute.

Bundaberg police Acting Inspector Michael McGarry said the mother’s death was the ‘worst possible news’ to receive at the start of the new year.

‘Only that afternoon I was giving a message in the media about people driving safely, that we’d had a pretty ordinary year regarding fatalities in the greater Bundaberg area – so this is tragic,’ he said.

‘It’s tragic for her family that have lost a loved one, as I say on the final day of the year, they’ve got the worst possible news.

‘It’s tough on emergency services to attend incidents like that, so we are pleading with the community that this is a community responsibility.’

Investigations about the cause of the crash are ongoing by the police.

A heavily-pregnant university graduate who was battling Covid-19 woke from a nine-day...

We have heard spooky stories of UFO and aliens many times, even...

What special gift did Asif Zardari present to Bakhtawar as a wedding gift?

It seems like Pakistani men have spread their charm all across the...

Bilawal Bhutto Zardari takes selfies with his sisters and aunt