Ranveer, Akshay, and Ajay invites fans to see Sooryavanshi in theatres on November 5

Deepika preferred Instagram and shared fresh pictures from the movie that were posted by her fan pages in the Instagram story to honor seven years of Chennai Express to honor her teamwork and efforts to make that fantastic movie. 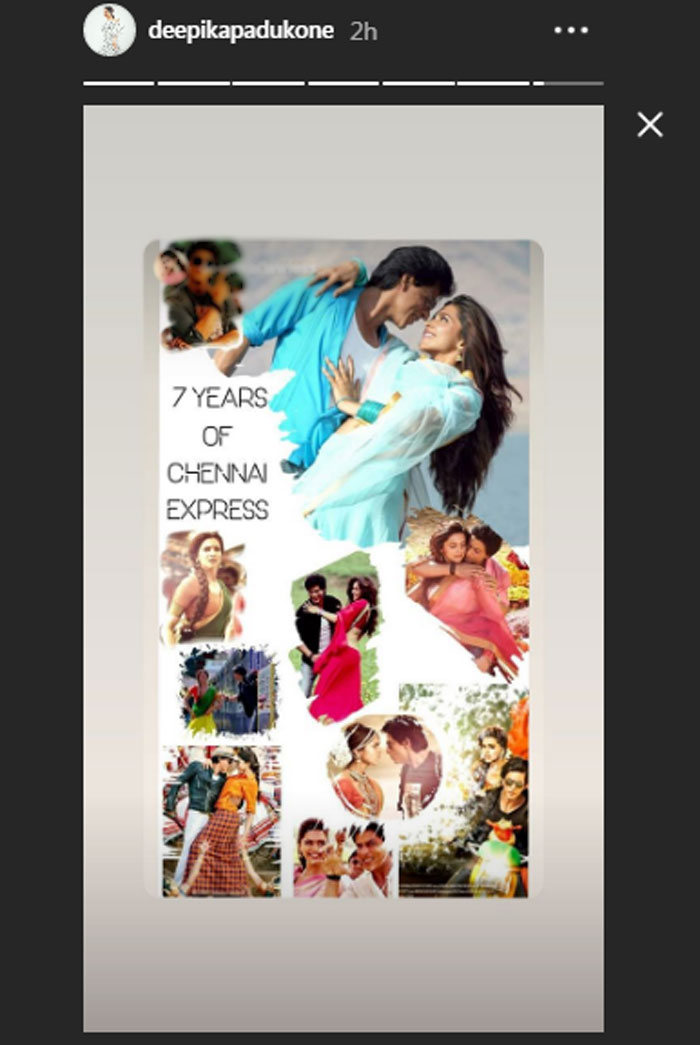 Rohit Shetty directed Chennai Express; the movie was released in August 2013. Deepika defined the role of a fugitive fiancée Meena and Shah Rukh as Rahul who supports her and risks the rage of her criminal parents.

Meantime, there are rumors that Shah Rukh Khan and Deepika Padukone might co-star in Siddharth Anand’s expected movie Pathan.

Deepika Padukone tries a new hairstyle on Ranveer Singh, he loves it!

Actress Deepika Padukone seems to be experimenting with new things during lockdown...

SRK will essay the so-called role in the movie, and it will be his first movie in two years after Zero which didn’t score well. Nevertheless, there is no approved consent from the creators of the movie and the actors yet.

Indian actress Kareena Kapoor is poised to collaborate with Prabhas for her...