Bella Hadid, a model, has retaliated against trolls who have speculated that she is an anti-vaxxer.

Social media fans speculated that the 24-year-old fashion diva missed the Met Gala in 2021 for similar reasons as rapper Nicki Minaj, who is currently under fire for refusing to get vaccinated and so missing the huge fashion event.

The supermodel took to Instagram to deny reports that she had not yet received the vaccine, showing a photo of herself getting inoculated.

“For anyone concerned,” wrote the supermodel alongside the photo, adding a heart emoji. 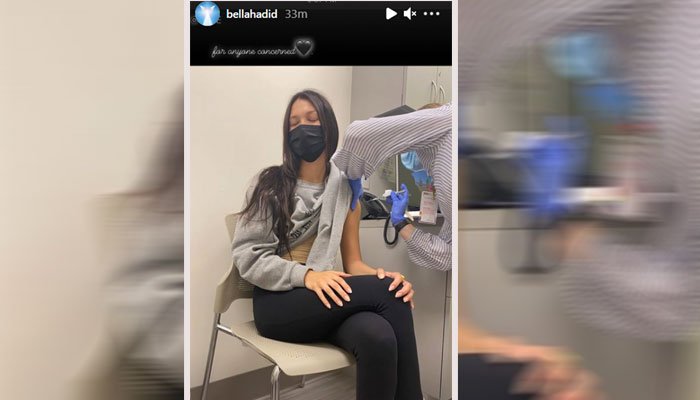 Bella Hadid responds to those who accuse her of being an anti-vaxxer / Photo: Instagram @bellahadid

Guests invited to this year’s Gala were required to be fully vaccinated and to wear masks at all times during the event.

Minaj received backlash for skipping the event due to vaccine guidelines, claiming that no one should be bullied for refusing to get the shot.

She also got in trouble for spreading false information about the COVID-19 vaccines, which was refuted by immunologist Dr. Anthony Fauci.

Fauci appeared on CNN and told host Jake Tapper that the rapper’s claims about vaccines causing impotency were false.

“Is there any evidence that the Pfizer, Moderna, or the [Johnson & Johnson] vaccines cause any reproductive issues, in men or women?” Tapper inquired of Dr. Fauci.

“There’s no evidence that it happens, nor is there any mechanistic reason to imagine that it would happen,” he explained.

The presenter then questioned Dr. Fauci on how to combat the spread of misinformation by celebrities on massive platforms.

“It’s very difficult. There is a lot of misinformation, mostly on social media. The only way we know to counter mis- and disinformation is to provide a lot of correct information. These claims may be innocent on her part — I’m not blaming her for anything — but she should be thinking twice about propagating information that really has no basis except a one-off anecdote. That’s not what science is all about,” he said.

Mohmed Hadid, the father of supermodels Gigi and Bella Hadid, has started...