According to the Premier, some people are still “choosing to break rules,” and their actions are causing the state to regress. Yesterday police caught

Police caugh at least 400 cases of people leaving their houses when they were meant to be isolated.

One person was fined $5,000 after telling police he was putting the garbage out but had really left his home.

People should not travel more than 5 kilometers from their house, according to the Premier.

“Imagine if out of those hundreds and hundreds of people doing the wrong thing, a couple has the virus and are going around the community spreading it, that sets all of us back,” Ms. Berejiklian said.

“Stay at home, don’t break the rules, everybody knows what they mean.”

“A small number of people are choosing to ignore what the rules are,” she said.

A man in his 60s from southwestern Sydney died at Liverpool Hospital after contracting COVID-19. He is the ninth person to die as a result of the epidemic.

Two men in their 70s, both from Western Sydney, died at Nepean Hospital.

Since the start of the pandemic, there have been 60 fatalities connected to the Delta epidemic, which began in June, and 116 in NSW.

“What the data is telling us in the last few days is that we haven’t seen the worst of it,” Ms. Berejiklian said.

“And the way that we stop this is by everybody staying at home.” 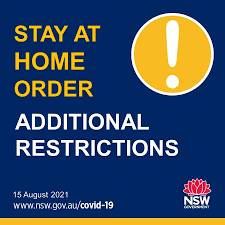 As per the announcement of President Nayib Bukele, 150 more bitcoins (BTC)...

Why are Ripple investors bringing a lawsuit against Apple?

Apple was unsuccessful to screen one of its apps on AppStore and...