The Sindh government has decided to take actions against private schools.

In this regard, the Directorate of Private Institutions Sindh said that action would be taken against any school which would open before the announcement of the government.

Final decision to be made by government only: Education Minister

Directorate of Private Institutions Sindh has formed an inspection team for 5 districts of Karachi and a government notice has also been issued in this regard. 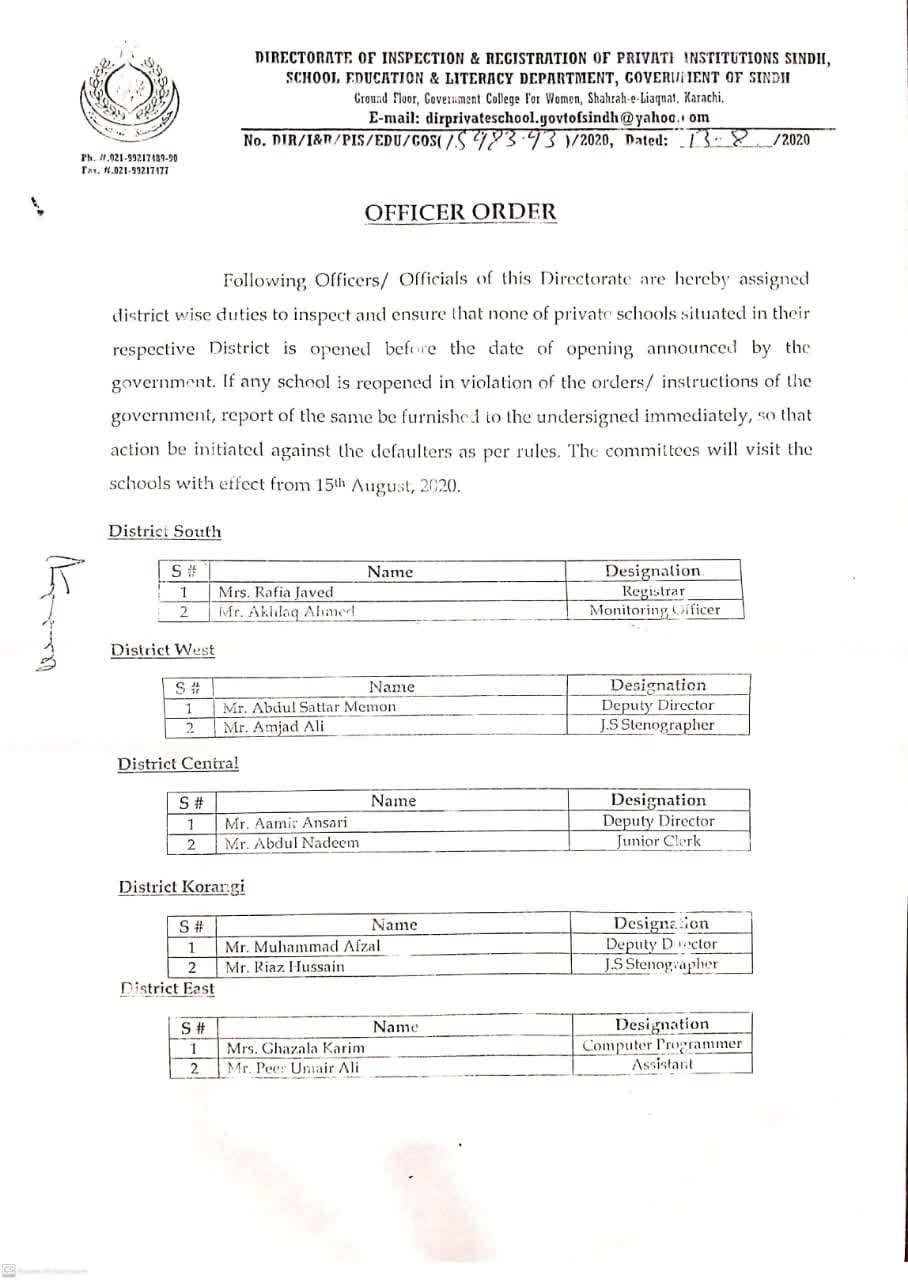 The Registrar Directorate of Private Institutions Sindh will inspect the schools in South District of Karachi.

Earlier, Sindh Education Minister Saeed Ghani had said that he would take stern action against those who opened schools.

He further said that the registration of private schools which are open across the province should be canceled immediately as no one will be allowed to play with the lives of the children.

Inter-Provincial Education Ministers Conference has been convened tomorrow (Wednesday). According to the...

Schools To Reopen In All Districts Of Punjab From Tomorrow: Murad Raas

Punjab's Education Minister, Murad Raas has announced on Sunday that schools for...

The National Command and Operations Centre (NCOC) announced on Saturday that the...

Karachi Board To Issue Admit Cards For Classes 9, 10 From May 31st

On Friday, the Board of Secondary Education Karachi (BSEK) has announced that...

O level exams to be held from July 26: Shafqat Mahmood

Federal Minister Education Shafqat Mahmood on Thursday has made a new announcement...