Pakistan’s renowned actor Junaid Khan announces about his first debut in a movie.

He has worked in many television dramas till now, though the actor has never worked in a movie.

Junaid Khan, earlier, revealed in an interview that he was working on a film that will release in 2020.

The movie poster features four people raising their hands at the beach, which makes it feel like the movie will be based on a romantic story of four friends.

He also shared the movie poster on his Instagram account, according to which the movie title is ‘Kahay Dil Jidhar.’

This one is going be special🤟😊. My first on the silver screen. I took my sweet time to pick a script and team to make my first and i am glad i decided to join hands with this amazing team of individuals who are hard working and dedicated just like yours truly 😎. It takes alot of drive and passion to make a film and i am quite satisfied with how we have shot this one. Looking forward to bringing this out to you guys. Excited and nervous at the same time. #kaheydiljidhar #junaidkhan #manshapasha #wijdaanfilms #jalalroomi #kamranbari 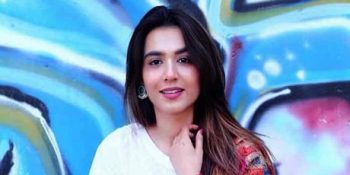 According to Manasha Pasha, ‘Kahi Dil Jadhar’ is a commercial film that is of immense importance to them.

Manasha had revealed that she would also be performing on item song with Junaid Khan.

He praised the team and said that although he has worked with Mansha Pasha before, he has had a unique experience this time.

He also praised the director of the film and said that most people know Jalaluddin Rumi as the music director.

The incidents of suicide by Indian showbiz industry personalities and especially actors...

Popular and the most admired couple Ayeza Khan and Danish Taimoor usually share...

Hira Mani is also known as an experienced actress in the showbiz...

Karachi: The Sindh government has declared 5th February a public holiday on...