Hollywood’s charming actress Angelina Jolie was spotted shopping for toys at Target along with her kids.

The actress was seen browsing the aisles and filling her trolley with various goodies, along with three of her six children.

Zahara, Shiloh and Vivienne joined their mother and also a male assistant helped Angelina to her car with her trolley.

She spent time browsing the goods at the West Hollywood store and was seen picking up cupcake-making items as well as a doll toy.

The beauty donned a chic all-black attire with a matching Valentino bag. She tied her hair back into a casual bun and finished her look with a black face mask and pair of glasses. 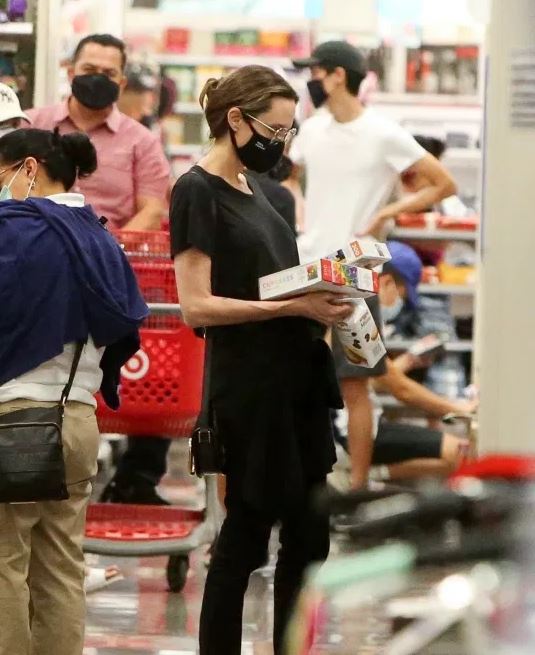 Her daughters also ensured they were following safety precautions and wore their masks at all times during their outing.

The 45-year-old then walked through the shopping aisles and browsed the toys section alongside her kids.

Moreover, Angelina Jolie and her former husband Brad Pitt are due to battle for custody of their kids in court next month.

According to sources, “Tensions have escalated between Brad and Angelina, with family therapy no longer taking place.”

Brad wants 50/50 joint physical and legal custody of the kids. Angelina has been unagreeable to those terms, the source said.

Angelina is also keen for her children not to live in Los Angeles nor does she want them to be in school there.

After Angelina Jolie has banned her daughter Shiloh from meeting Brad pit's...

Veteran singer Rahat Fateh Ali Khan has made a big name for...