Which Hollywood movie is an all-time favorite of actress Sajal Aly? She reveals the name.

Taking to Instagram, the stunning actress revealed that the Hollywood movie Interstellar is her all-time favorite film.

She shared a poster of the movie and shared her thoughts, “My all-time favorite”. 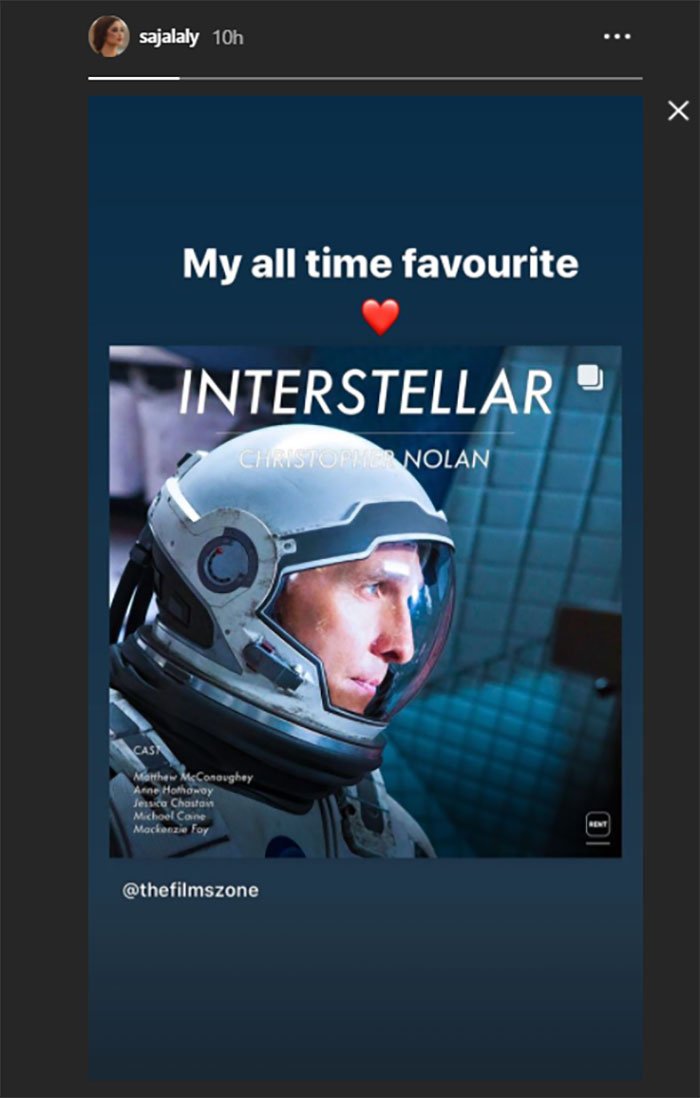 Famous Pakistani actress Sajal Aly has slammed a netizen who tried to...