Popular YouTuber Sham Idrees, who celebrated his birthday on October 16, extends thankfulness for all the lovely wishes he had received.

On his official Facebook handle, Sham Idrees shared pictures with his happy family and thanked his fans for the birthday wishes.

He wrote, “Thank you for all the Birthday wishes! Every year i realize Alhamdulillah i’m so truly blessed with such amazing family, friends and fans.” 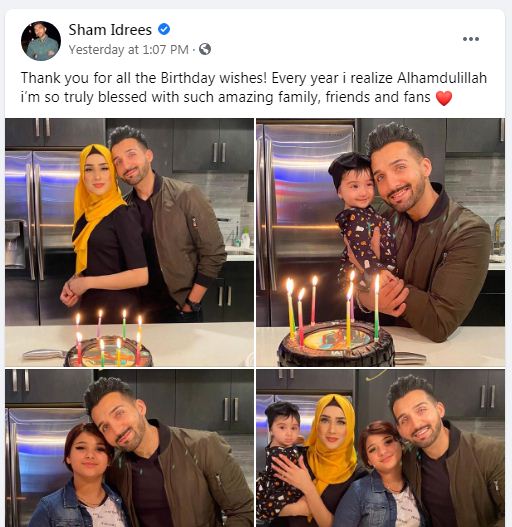 Have a look at the pictures by Sham Idrees: 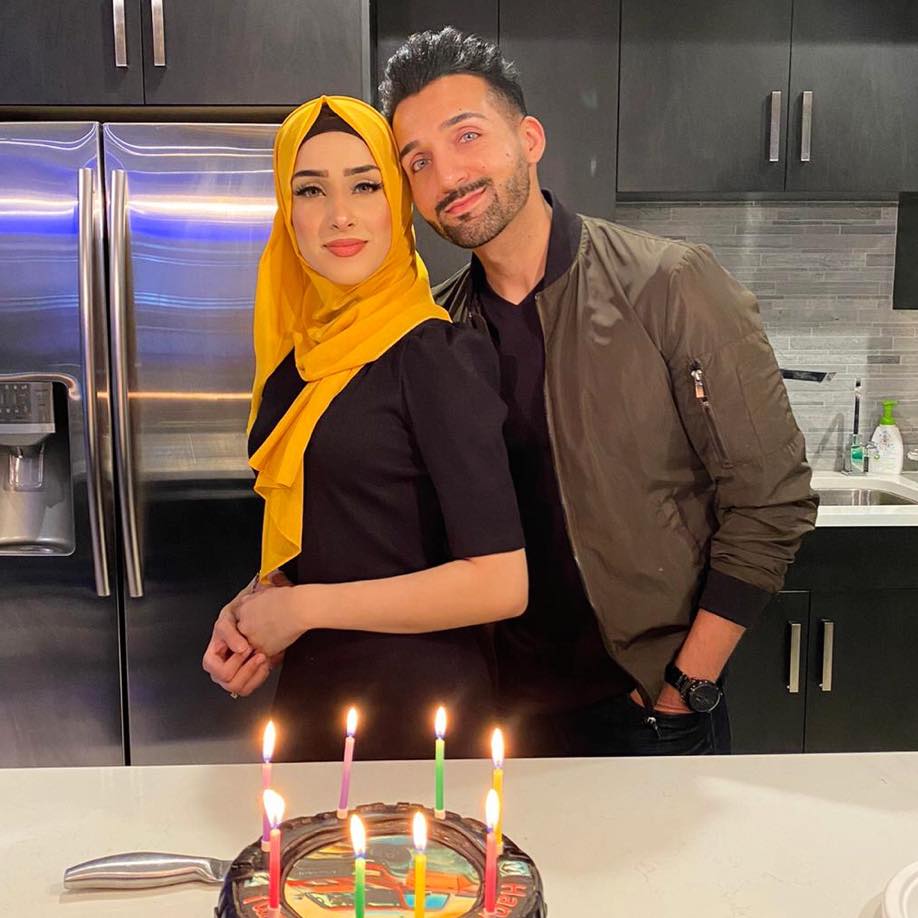 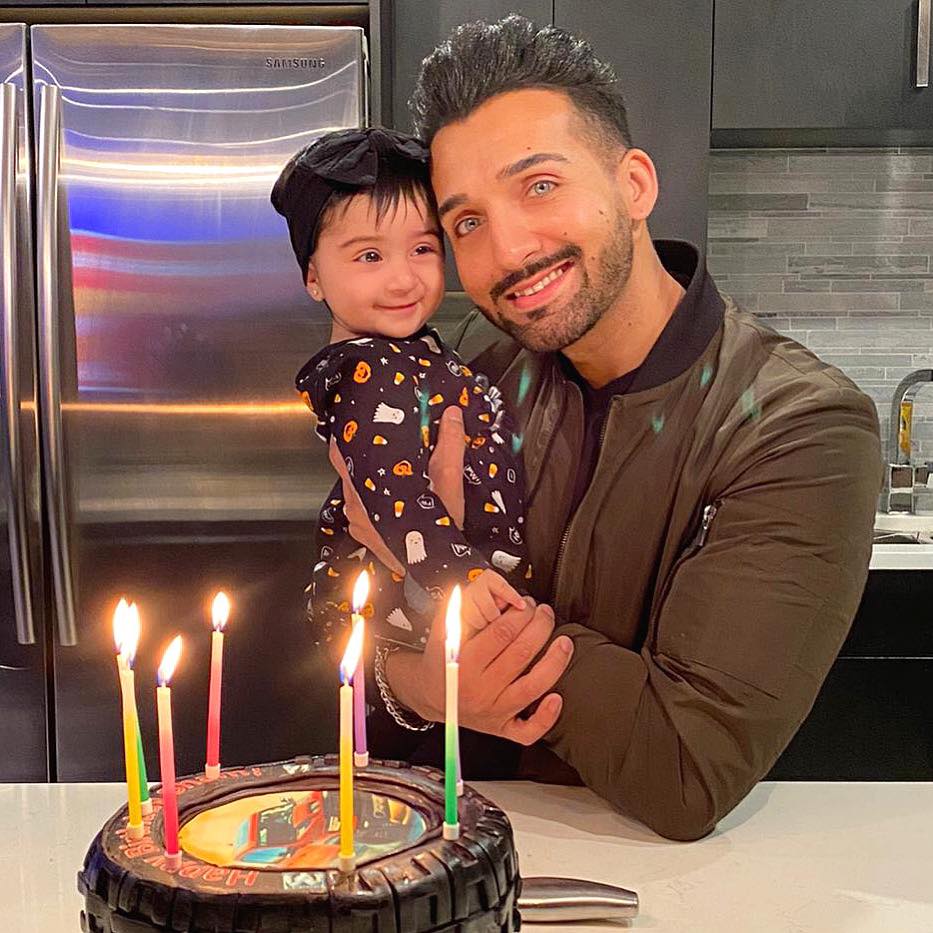 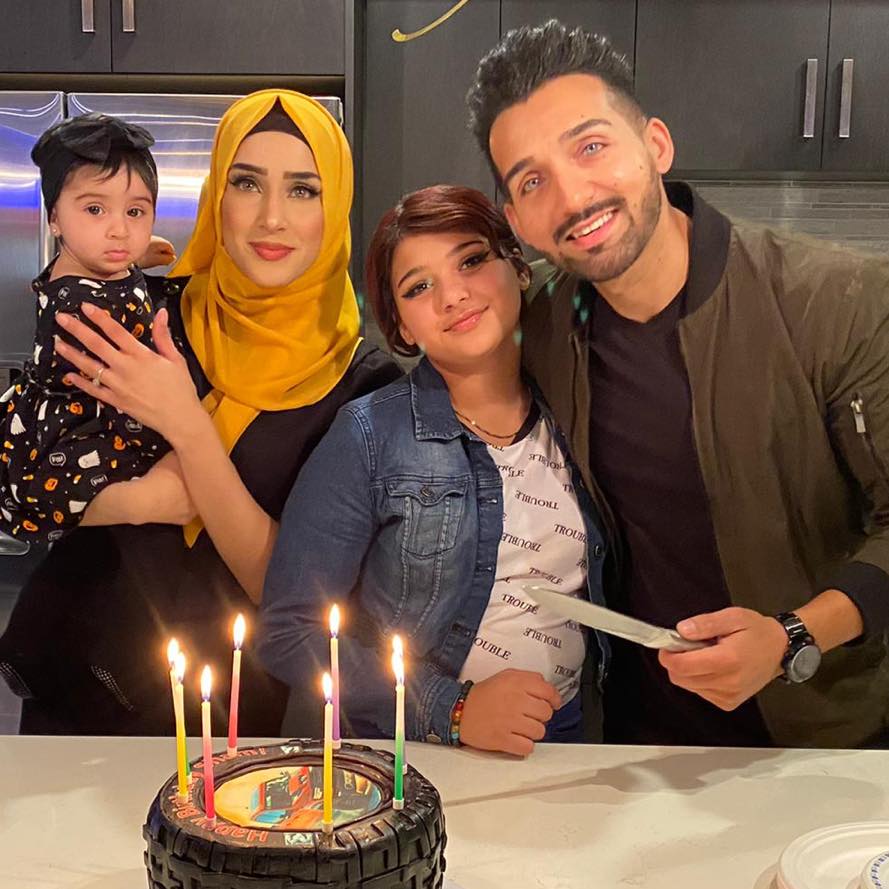 Earlier, YouTuber Sham Idrees had revealed about his 10-year-old daughter and left his fans shocked.

Sham and his wife Sehar aka Froggy, who tied the knot in January 2019, were blessed with a baby girl, Sierra earlier this year. However, Sham revealed that he has another daughter!

In his recent Vlog, the social media sensastion introduced his elder daughter, Dua from a previous marriage. Sham had a marriage before which did not work out well for the couple.

He opened up about his first marriage almost 10 years ago, but unfortunately they had to break the knot within a few months. However, he found out later that he would be becoming a father. His first-born daughter came into this world on September 10th, 2010.

Sham Idrees’s little angel is all grown up; has winsome eyes

Popular YouTuber Shaam Idress has shared an adorable picture of his daughter...

My family ❤️ @officialsierraidrees is missing though!

Sham also shared why he had kept Dua away from the spotlight until now.

He said, “When I began vlogging my daughter was six years old and at that time it was important to decide if I keep her on social media or take her completely off. Now we celebrated her 10th birthday. I know 10 is still fairly young but I gave her the option and asked her if she wants to be a part of this industry and she is very excited.”

Furthermore, Idrees promised his viewers that they will be seeing Dua more often in his videos.

Actress Saba Qamar seems not coming slowly as she stuns her fans...

Sony’s current PS4 console already has many accessibility settings which include text...

Federal Minister for Railways Sheikh Rasheed Ahmed has on Saturday informed that...

People around the world engage in video gaming and gambling behaviors which...