Naumaan Ijaz confirms debut of his elder son in the industry

Naumaan Ijaz is considered one the of biggest television stars in the industry. He started his career by playing a supporting role in one of PTV’s drama serial directed by Nusrat Thakur.

Naumaan Ijaz is married to Rabia Nauman for the last 26 years. The couple has three sons. Shahmeer, Rayaan, and Zaviyaar.

Zaviyaar is the eldest son and soon the charming lad will be making his debut in the showbiz industry.

Recently, Naumaan Ijaz and Zaviyaar walked the ramp for a renowned fashion designer and made headlines. His charming personality and uncanny resemblance to his father became the talk of the town.

Trying to troll Zaviyaar, one of the netizens wrote,

“Should we be ready for nepotism?”

To which Naumaan Ijaz gave a savage reply and gave a hint about Zaviyaar’s entry into the showbiz industry. 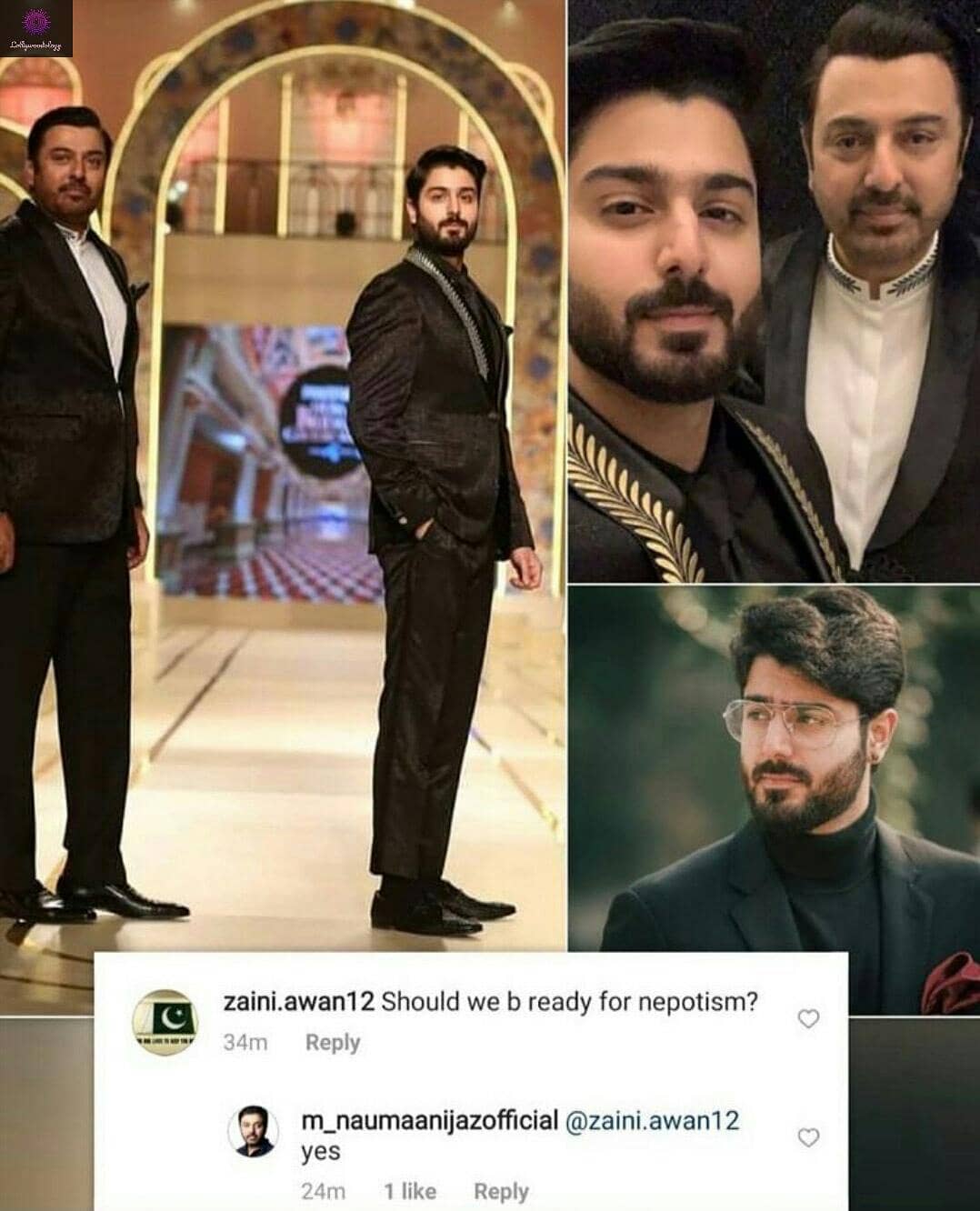 Earlier, the veteran actor raised the payment issue faced by many actors during an interview.

The show host asked Naumaan Ijaz, “Is it the only way to come on social media and shame and blame people to ask for the payments?”. On which Nauman Ijaz replied, ” What can I say about other people, my own payments are due from years and such big channels are not paying the actors. I have a payment of almost 5 crores due with one channel and almost 2.5 crores with another.”

Minal Khan and Ahsan Mohsin Ikram are the latest most talked about...

Even while being away from her daughter, Gigi Hadid keeps her close...

Nadia Khan rides a chingchi with her husband

A photo of Nadia Khan, the most popular actress and host of...

Complete polling for the 37 seats during the Senate Elections 2021 has...

US Dollar Rate Continues To Decrease, Sold At 157.13 PKR

The US Dollar has increased on the third day of the trading week...