Pakistani actress Ayesha Omar never fails to impress her fans with her astounding attires and flawless beauty. The actress tries to be as active as she can on social media to treat her fans and followers with her daily routine and mesmerizing photos.

This time, the Bulbulay actress sweep everyone off their feet with her new photos donning a lavender shade eastern wear.

(We shall see… Certainly we too shall see… That day that has been promised us… Which is written with God’s Ink… We shall see”, quoted Ayesha. 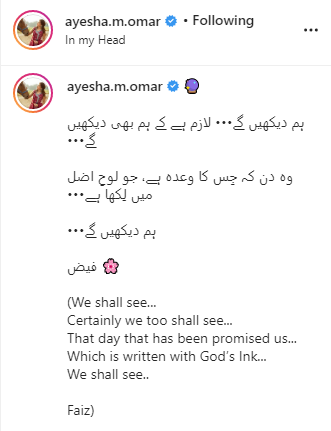 Take a look at the photos! 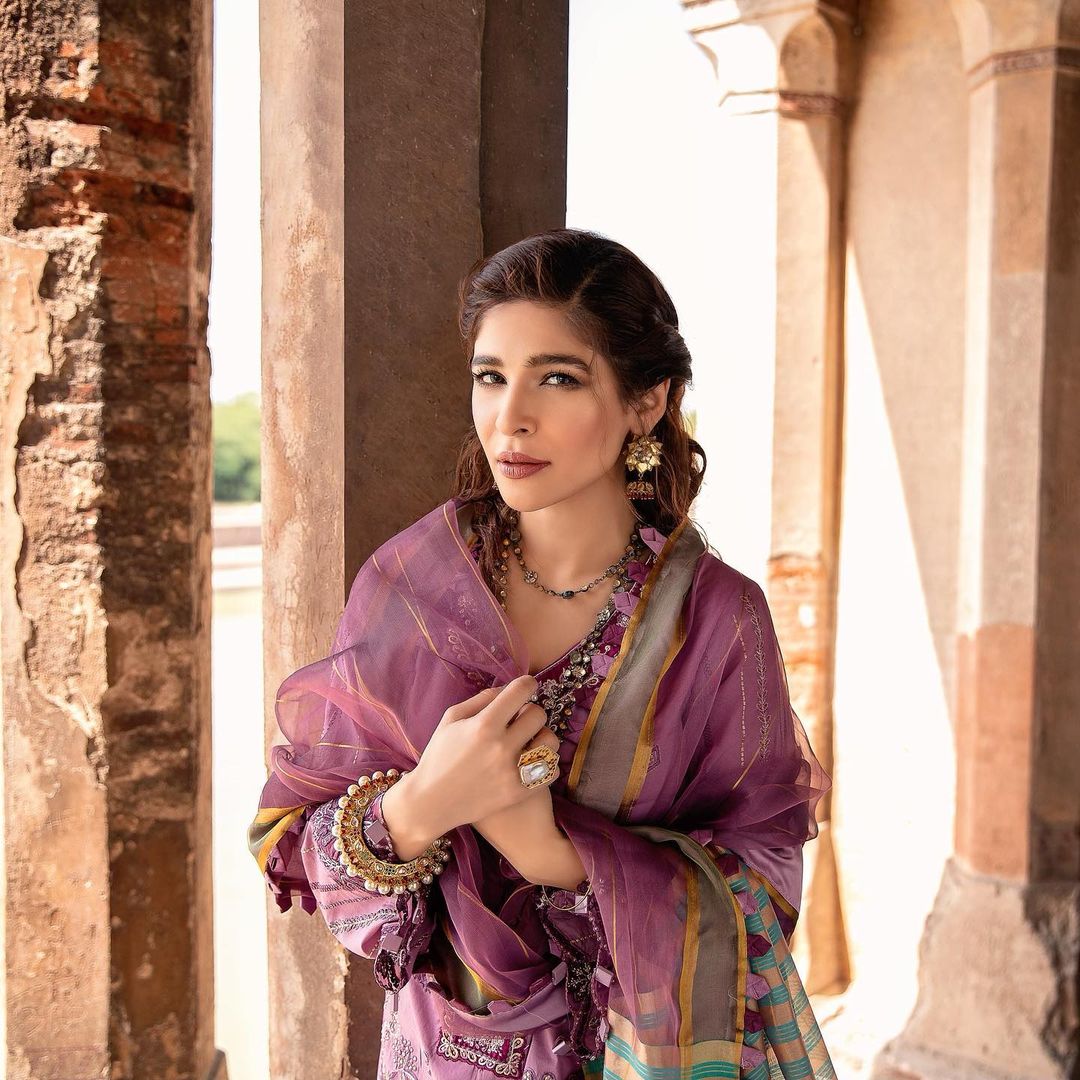 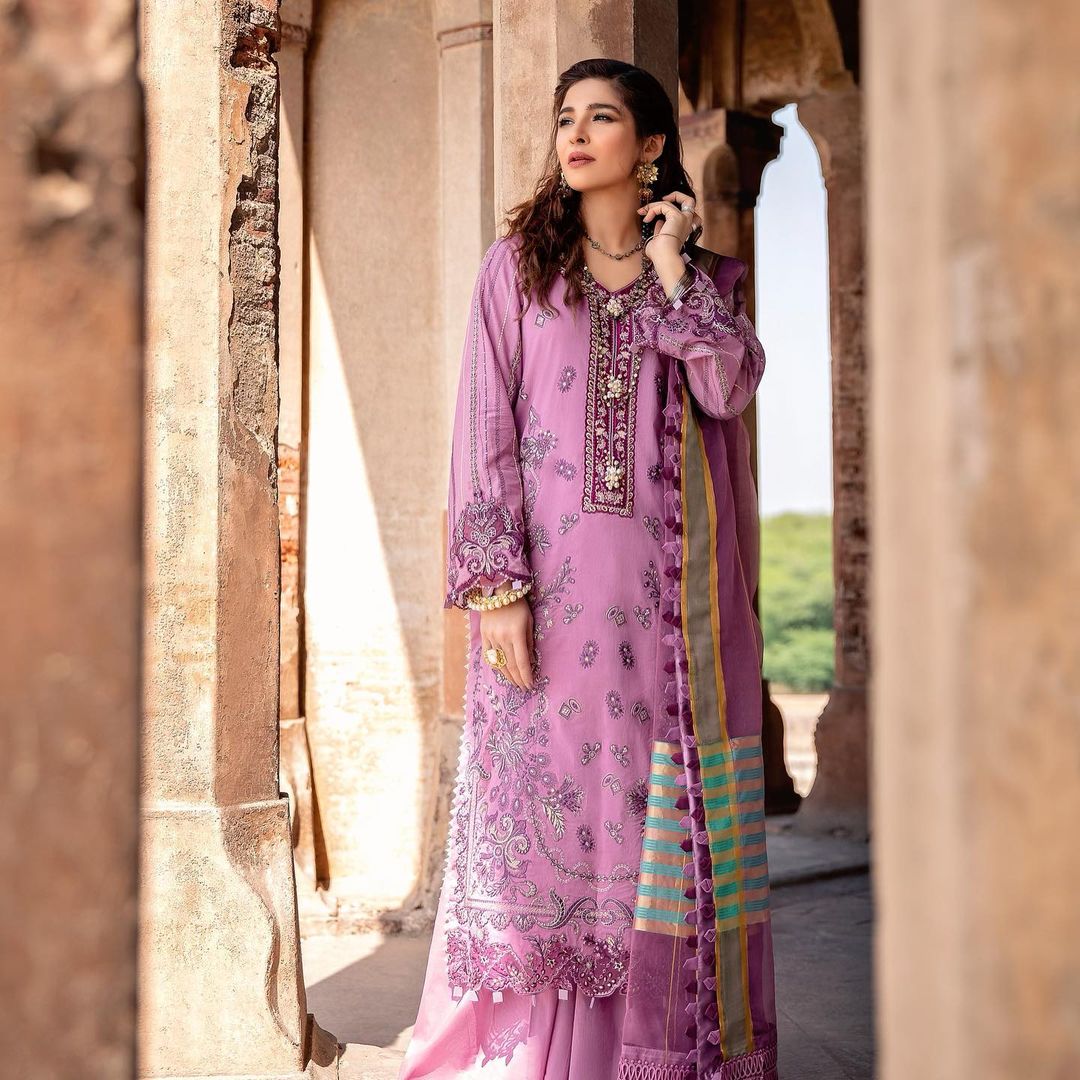 Earlier, the Bulbulay actress had shared magnificent photos of her donning a traditional lehenga with a sleeveless blouse.

The pictures had garnered immense love within no time as fans couldn’t stop gushing over the stunning beauty.

She is a Pakistani actress, model, singer, and host. Ayesha Omar is one of the highest-paid actresses in Pakistan and also considered a style icon.