Recently, Minal Khan and actor Ahsan Mohsin’s engagement was made official, the pictures of which were shared by both the actors on their respective social media accounts.

While congratulating Minal Khan and Ahsan Mohsin on their engagement, some netizens also criticized the new pair of the showbiz industry.

The newly engaged couple remained silent on the criticism but actress Aiman Khan came to their rescue and supported them. 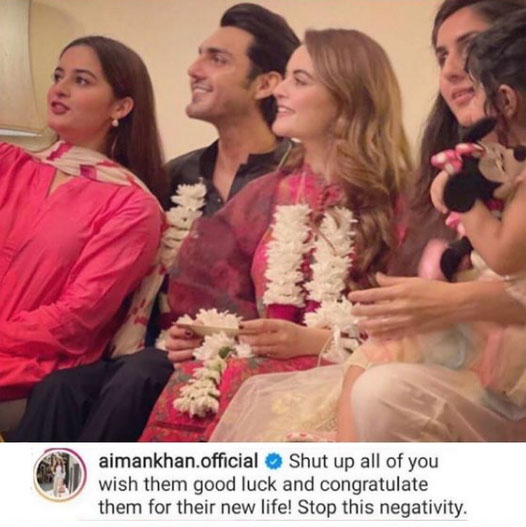 Replying to the users, Aiman Khan said, “Shut up all of you wish them good luck and congratulate them for their new life! Stop this negativity.”

In other news, a large number of showbiz stars congratulated the couple on their engagement in the comments section of the post.

Minal Khan and Ahsan Mohsin Ikram had worked together in the drama serial ‘Parchayee’, which was aired in 2017 on a private TV channel.