Imran Abbas, Ushna Shah not having it with shady clickbait headlines spreading Their Marriage Rumours

Imran Abbas, Ushna Shah not having it with shady clickbait headlines spreading Their Marriage Rumours

Showbiz actors Imran Abbas and Ushna Shah are fuming over the YouTube channel admins spreading fake marriage rumours all over the internet.

Imran and Ushna are not having it with shady clickbait headlines spreading fake news about them online. Abbas speak up against the bloggers and clickbaiters who associate his co-star’s names with him in marriage rumours and also requests his fans to boycott them.

He took to his social media and wrote, “After Aleezay Shah, Saboor, Ushna and now its Urwa. My fourth marriage since January 2021.” 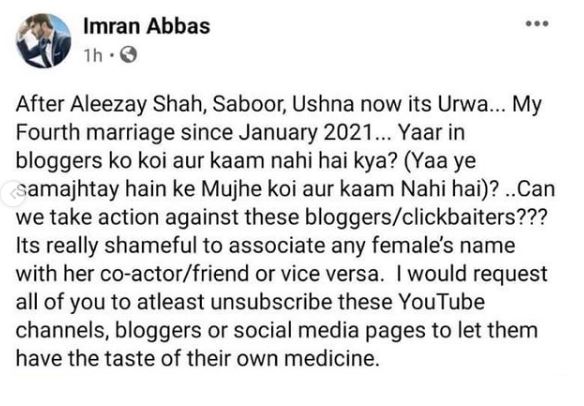 “These clickbait headlines travel in the Whatsapp group to our families and it’s pretty embarrassing. Can you guys stop already?,” shared Ushna Shah via her Instagram. 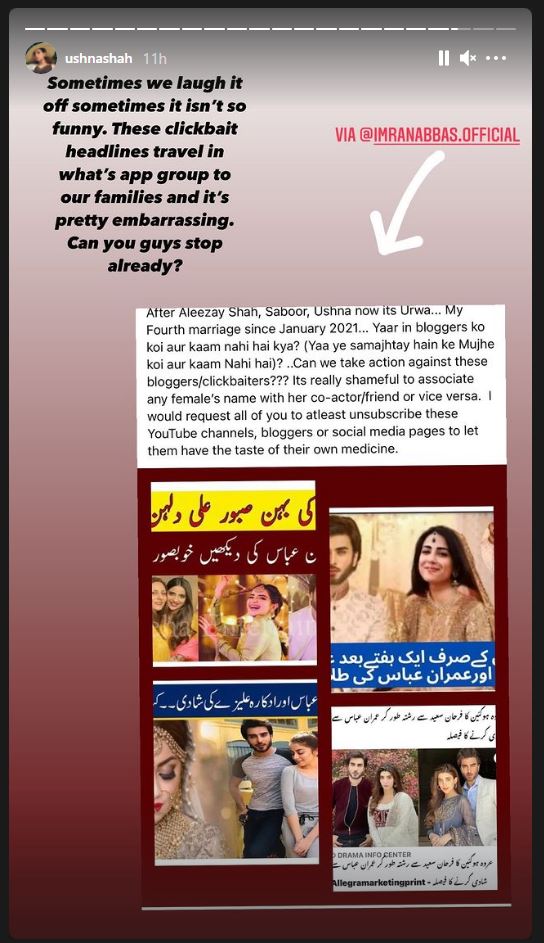 Earlier, Imran Abbas and Ushna Shah created their marriage scandal through a short clip which spread like wildfire.

They have been joking about the news of their fake marriage, and Shah gave it a new turn.

She shared a video in which she can be seen crying as a bride saying, “How can Imran leave me?”

The actress recorded this short scene on a set and wrote tagging and adressing Imran Abbas, “I guess that’s the end of that story, Imran Abbas, how could you?

She also wrote, “See you next scandal, guys!”

Imran Abbas could not help but comment on short video and sense of humor of the actress. Sharing the clip to his Instagram story, he wrote in response to the video, “U cracked me up laughing” adding laughing emojis with his message. 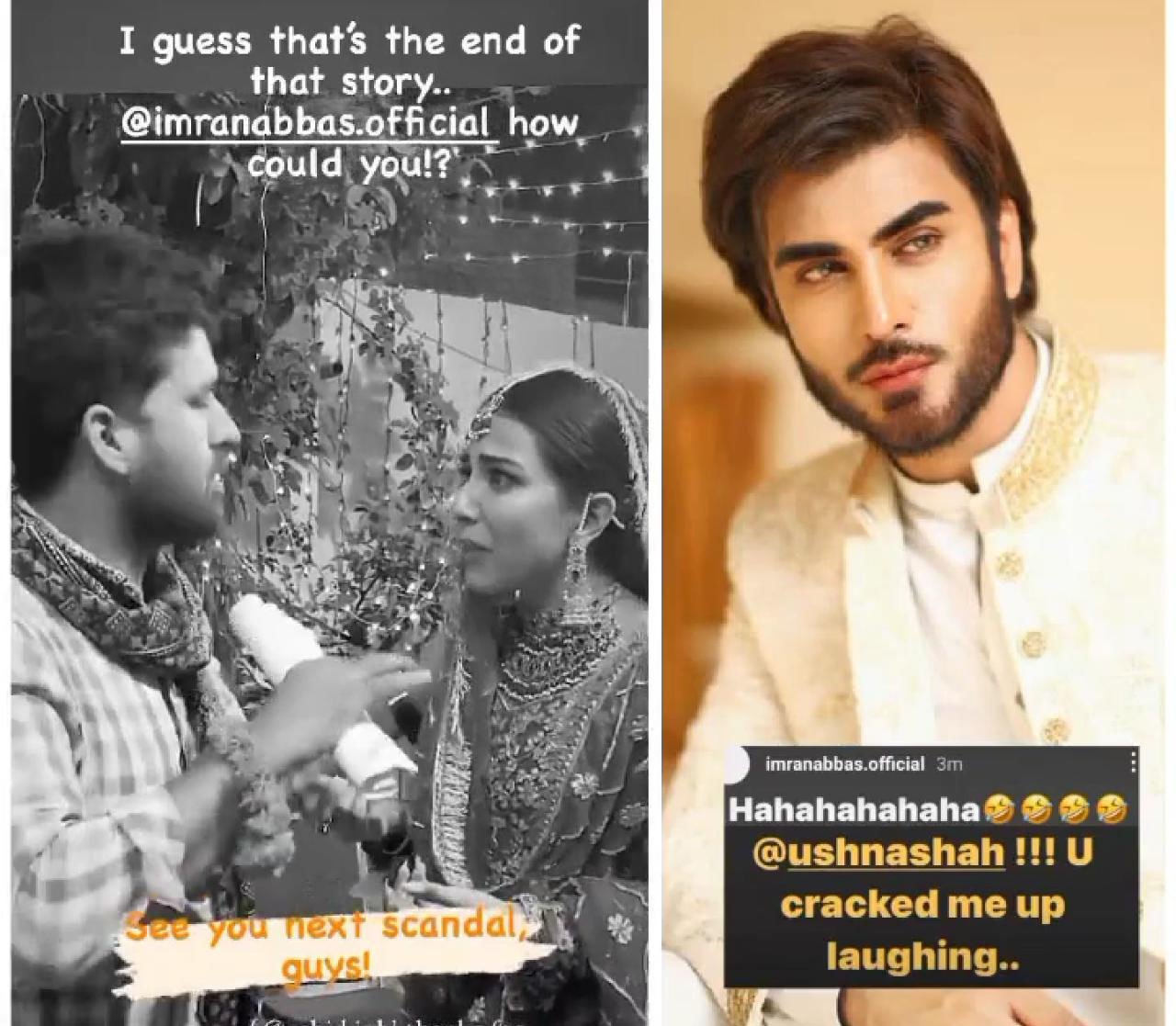 TOKYO: The Japanese government decided on Tuesday to call an extraordinary Diet...

Here’s why Sana Fakhar can be your ideal fitness motivation