Fans are comparing actress Mansha Pasha, who has shown the true essence of her acting in popular Pakistani dramas, to Indian actress Sara Ali Khan.

Mansha Pasha held an interactive question and answer session on the social media site Instagram in which she received a message which read, “You are Pakistan’s Sara Ali Khan’ 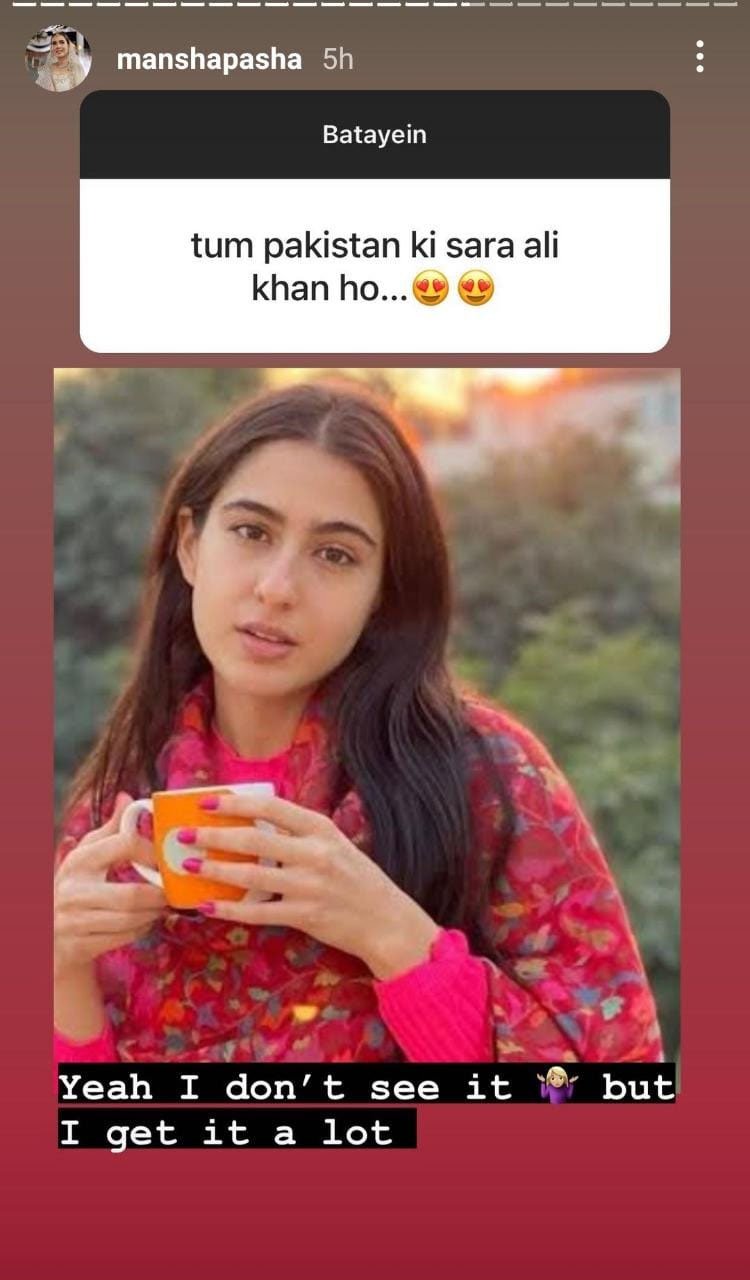 Mansha Pasha stepped into the film world with the film ‘Chalay Thay Saath’ and played the lead role in the film ‘Laal Kabootar’ which was released in the year 2019.

Sara Ali Khan is a rising actress of India, and is the daughter of Saif Ali Khan.

TOKYO: The Japanese government decided on Tuesday to call an extraordinary Diet...

Here’s why Sana Fakhar can be your ideal fitness motivation