Shahroz Sabzwari and Sadaf Kanwal, the couple which had garnered immense hate after their marriage, have shared pictures whilst receiving the COVID-19 jab.

Both Sadaf and Shahroz took to their Instagram handles and informed that they have received the Coronavirus vaccine dose. 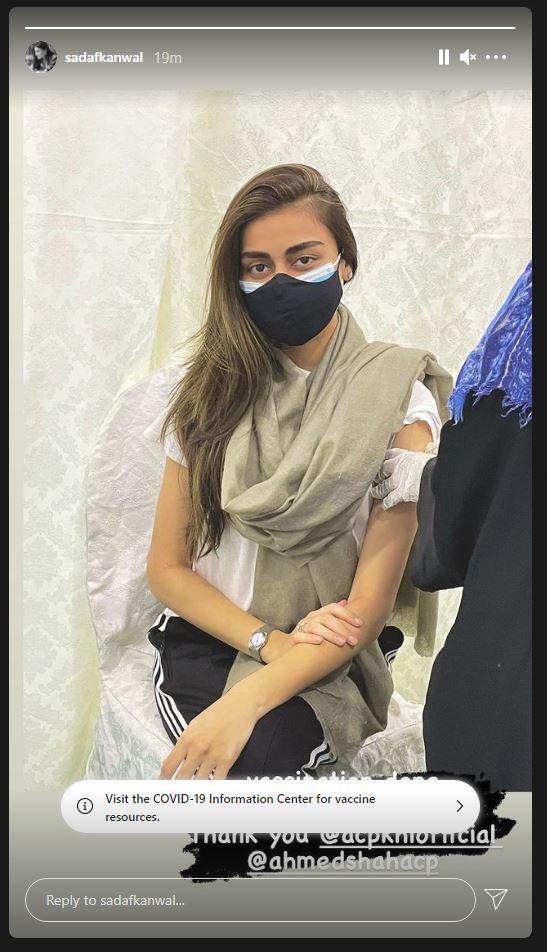 Sadaf Kanwal once again claps back at haters with “chill” reply

It feels like that model turned actress Sadaf Kanwal is now used... 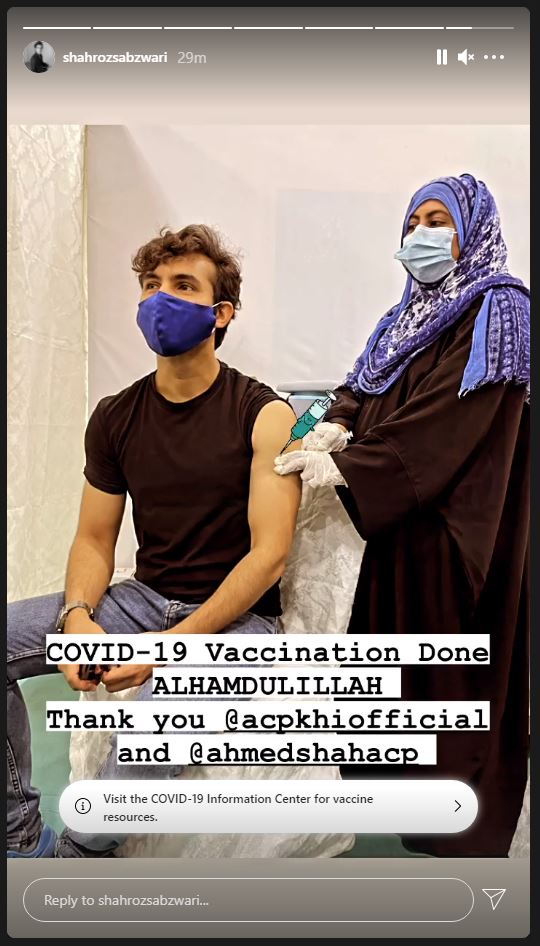 Earlier, Shahroz Sabzwari and Sadaf Kanwal had tied the knot and put an end to all the rumours that had been circulating about their relationship.

News of the relationship between the two began to surface in December last year when news broke of the separation between Shahroz Sabzwari and his first wife Syra Yousuf.

Both the couples were subjected to severe trolling and hate over their marriage. Netizens lambasted Shahroz for cheating his first wife with Sadaf Kanwal.

But the actor had come up with clarification and said by swearing Allah that Sadaf Kanwal is not the reason behind his divorce from Syra Yousuf.

Shahroz and Syra Yousuf got married in 2012 and have a 6-year-old daughter. They were one of the most popular and beautiful couples in the showbiz industry.