Have a look at Engin Altan enjoying his favorite water sport

Turkish actor Engin Altan Duzyatan, who played the lead role of Ertugrul in the world-famous Turkish series Diriliş: Ertuğrul, has shared a new photo on social media while wakeboarding with his son Emir Aras Düzyatan.

The Turkish actor shared a new photo of himself with his son to his Instagram story in which he can be seen enjoying the water sport with his son. 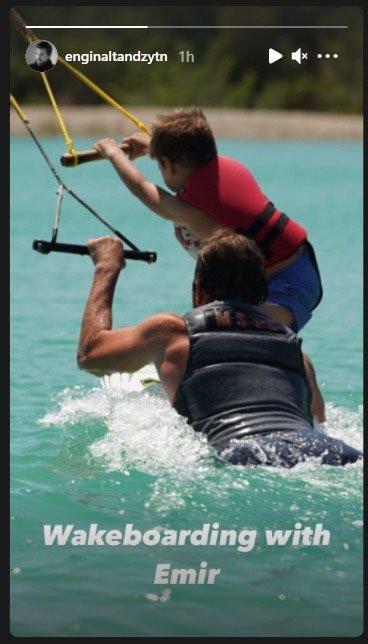 Engin Altan wrote on his Insta Story, “Wakeboarding with Emir.”

The photo of the Turkish actor and his son is being shared on various social media pages.

It should be noted that Turkish actor Engin Altan gained worldwide fame after showing the true essence of acting in Ertugrul Ghazi and today his number of fans is in millions. His fans and followers highly praise every style of his and share it on social media, making it viral.

Earlier, Ertugrul showed off his golf skills like a pro! The actor took to his Instagram and shared a photo while playing golf. His fans were over the moon to look at their favorite actor after a long period of time.