Why Does Yasir Nawaz Regret Working With Alizeh Shah?

Yasir Nawaz and Nida Yasir, one of the famous and adorable showbiz couple, have recently revealed that Yasir has regretted working with the young Pakistani actress Alizeh Shah.

Both Yasir and Nisa appeared in an interview recently and revealed that Yasir felt difficulty while working with Alizeh Shah, “the chemistry building wasn’t that strong but as a director, he never had any problem with anyone”.

Yasir Nawaz then said that there were many problems and he even regretted working with Alizeh.

The director shared, “When you are in character in a drama you are supposed to keep your private life separate from it. Someone asked me to increase the episodes of the drama as it was going well but I denied saying that if episodes can be reduced then it is well and good but I cannot increase the number of episodes.”

Note that Yasir Nawaz and Alizeh Shah have worked together as husband and wife in the drama serial “Mera Dil Mera Dushman”.

However, actor Feroze Khan shares his experience working with former co-star Alizeh Shah positively, recalling his own initial struggle in the industry, and offers words of support and encouragement for her, expressing his willingness to work with her again. 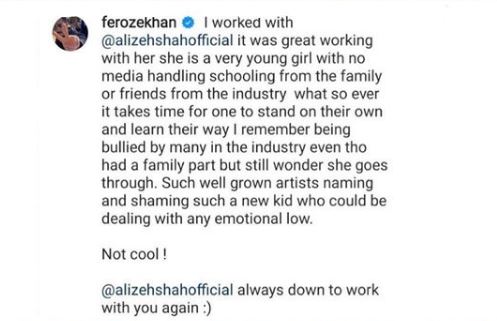 When the couple confirmed that they are dating, the chemistry between the two was undeniable. Later, many were heartbroken to find out the actress’s relationship status.

Alizeh had also declared her relationship with Noaman Sami after she shared a picture with a caption: “Will you stay with me under the silver light of the moon?” 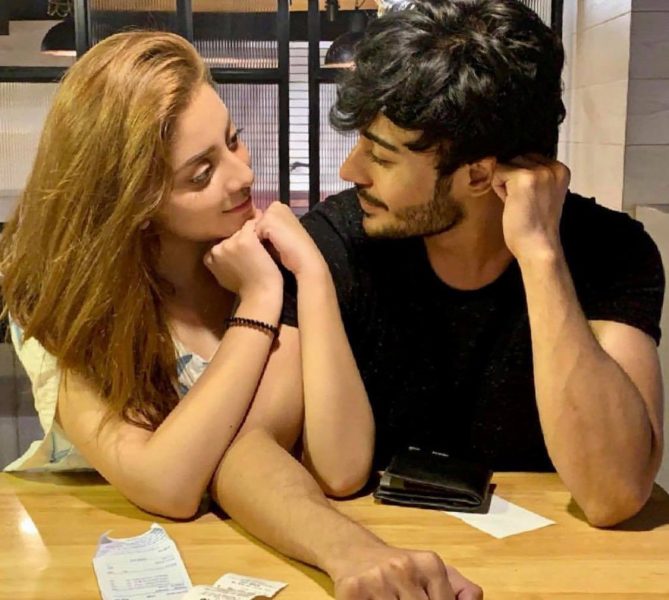 Later, the pictures and the captions of both actors had clearly suggested that they in fact dating.

Alizeh Shah praised Noaman’s dedication and acting skills in interviews but they had never openly talked about their relationship publicly.