BOL Beats is back with another eloquent track Ek Dum for its season 1 and the song is out now.

The singer Hamza J Sheikh, who sang this song in an eloquent voice, moreover, the song has aroused excitement in the fans and they are loving the song.

Netizens are in love with the voice of the singer and the music.

The song lovers and BOL Beats fans are showering affinity for the song and reverencing the effort of the singer.

Fans excitement could be seen just after the release of the song Ek Dum as they start sharing their comments. 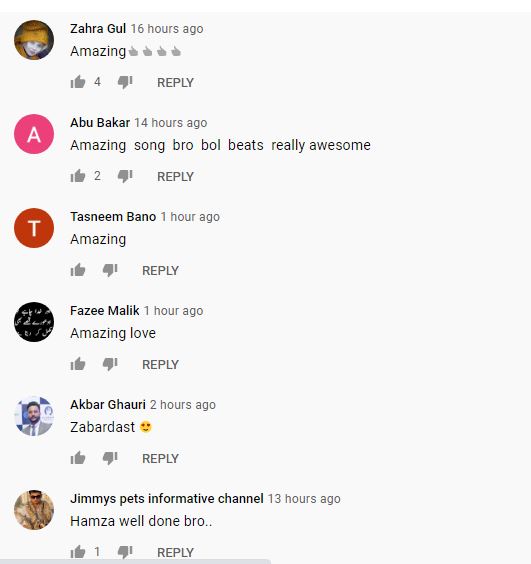 This season is the 1st edition of the singing show and is spearheaded by the music producers’ team, who always give out record-breaking tracks like BOL Kaffara (100 million views) and Rabbaway (14 million views).