Jannat Mirza, after adding another feather to her cap, becomes the first person in Pakistan to be followed by 16 million users.

She had also garnered over 1 million followers on Instagram where she often shares her TikTok videos. 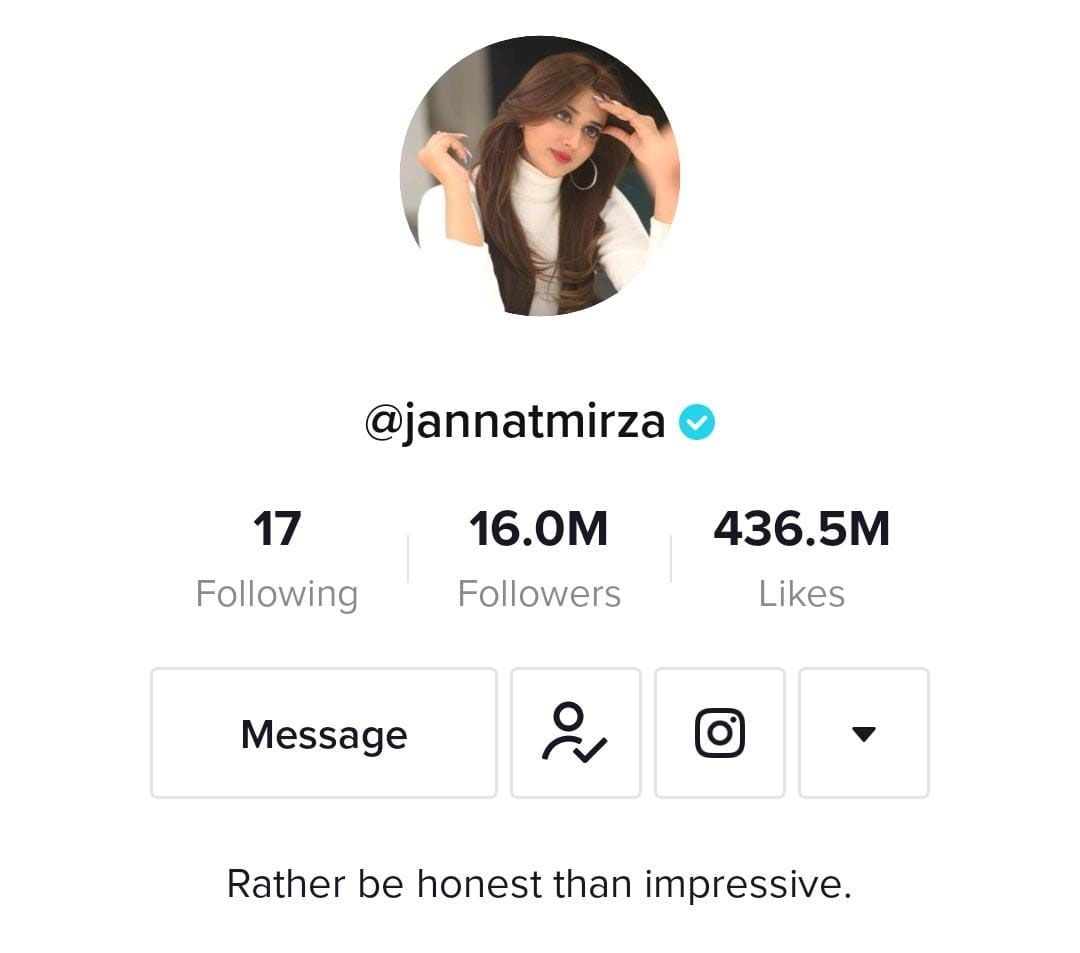 Earlier in June, Jannat Mirza, who announced to settle in Japan, has confirmed her Baat Pakki with TikToker Umer Butt.

She confirmed her ‘Baat Pakki’ with fellow TikToker Umer Butt days after she denied the reports of her engagement.

Talking to a private news agency, the popular celebrity said, “By the grace of Allah, ‘baat pakki’ of me and Umar has happened, however, an official engagement ceremony has not yet taken place.”

She further said, “Whenever our engagement ceremony happens, I will share the good news with everyone.”

Her popularity on Instagram increased with an increase in the number of followers.

She has gained two million users on her social media platform Instagram. On achieving this milestone, she shared a new photo of herself on Instagram with some balloons in her hand as she thanked her two million followers.

Jannat Mirza apologizes to Bushra Ansari and calls her a legend

Karachi: Today 1 Binance Coin to Pakistan Rupees according to the foreign...