Esra Bilgic desperately waiting for the release of ‘Kanunsuz Topraklar’

The most popular duo of Pakistan showbiz industry Sarah Khan and singer Falak Shabir’s first song together ‘Zindagi‘ became widely popular as soon as it was released.

Last week, on the occasion of Sarah and Falak’s first wedding anniversary, their first song ‘Zindagi’ was released, which the couple announced via their social media message.

Actress Sarah Khan has expressed happiness over the success and popularity of her first song with her husband Falak Shabir on her Insta Story. 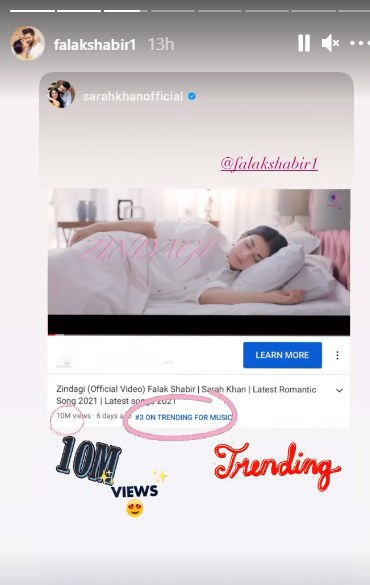 Popular actress Sarah Khan and famed singer Falak Shabir tied the knot on July 17, and the showbiz industry duo was hailed as the best pair of 2020 by social media users.

Earlier, the Ijazat singer took to his Instagram story and indicated good news of parents-to-be and fans just can’t wait for the official announcement. 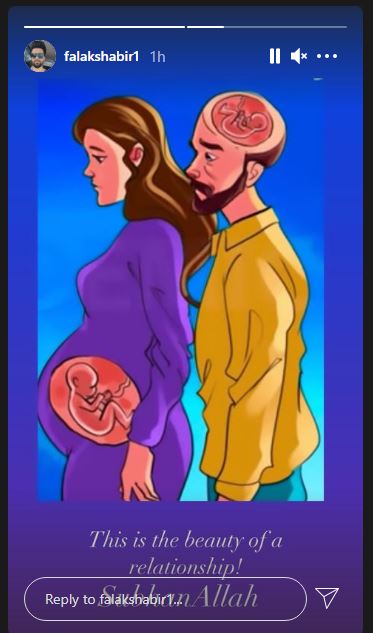 Naimal Khawar and Hamza Ali Abbasi are some of Pakistan's most popular...

An Islamabad High Court (IHC) bench will declare its judgment on bail...

BAKU: The People of Azerbaijan marked the Commemoration Day with fervor and...

KARACHI: The Karachi Chamber of Commerce and Industry (KCCI) has announced to...