Leading Pakistani celebrities expressed their disappointment on social media after 400 men assaulted and harassed a woman on August 14 at Minar-e-Pakistan. Actress Humaima Malick took to her social media account to ask when justice would be served. 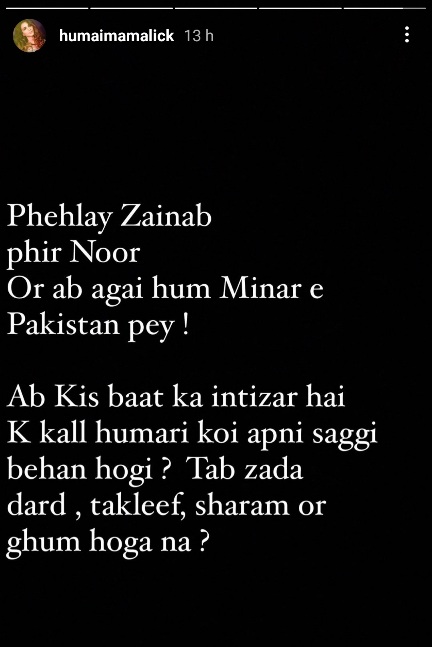 On Sunday, a First Information Report (FIR) was registered against 400 men at the Lari Adda Police Station in Lahore.

As many as 35 people were detained on suspicion of being involved in the attack and harassment of the woman, but 20 suspects were later released following the initial investigation; however, the police have told them not to leave the area.

Humaima went on to share her thoughts on the incident in her Instagram stories, take a look: 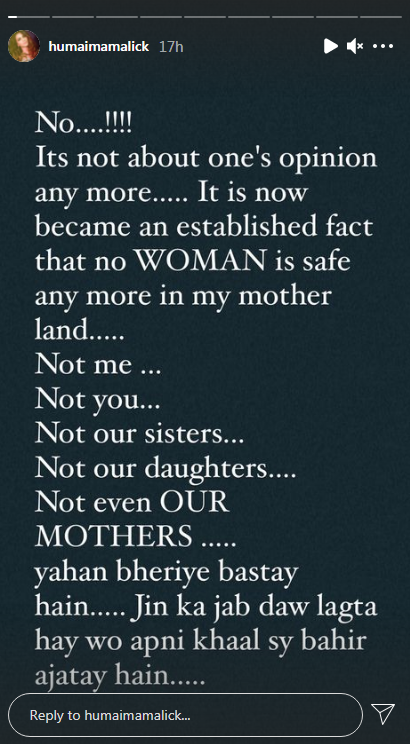 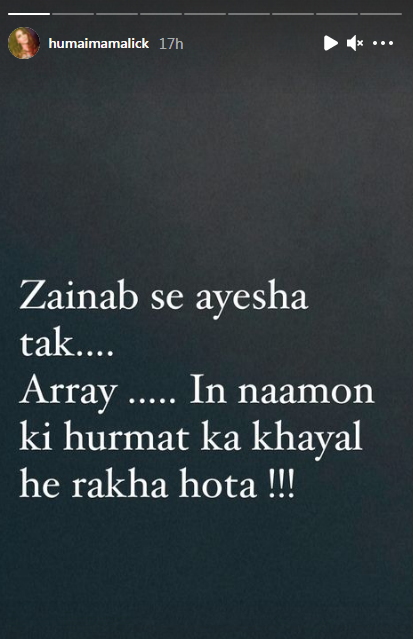 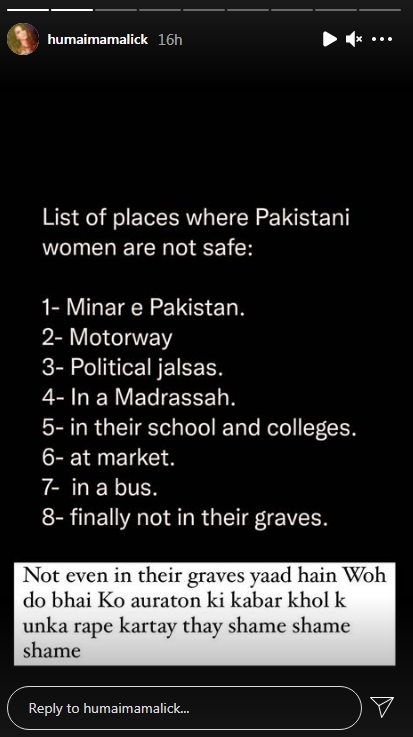 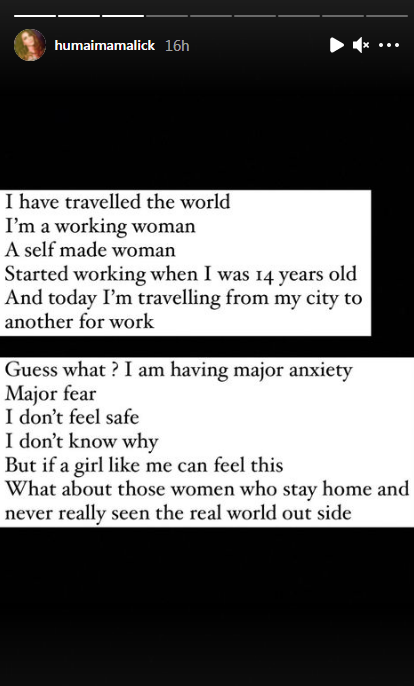 The versatile Bollywood and Lollywood actress Humaima Malick, who has shown the...

Kim Kardashian pens a special note for her mother, sister on Daughter’s Day

Hafeez pulls out of National T20 Cup’s matches in Rawalpindi

Pakistan all-rounder Muhammad Hafeez, who is part of the squad of Central...