From Miss to Mrs: Minal Khan changes her last name on Instagram

From Miss to Mrs: Minal Khan changes her last name on Instagram

Pakistan’s most adored couple Minal Khan and Ahsan Mohsin Ikram, who had announced their engagement earlier this year, have officially tied the knot in a lavish wedding ceremony last night in the presence of family, friends and fellow stars.

Minal Khan made a scene-stealing bride in a traditional all-red ensemble. She opted for some dazzling jewellery to perfect her old-world glamour look. 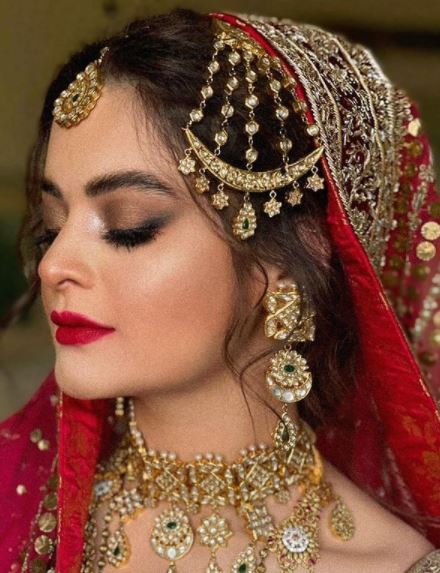 From Miss to Mrs, the actress has also officially changed her last name to ‘Minal Ahsan’ on her Instagram handle.

The internet was flooded with the exuberant star-studded wedding function of Minal and Ahsan. The actress slipped into a traditional all-red bridal attire on her big day and covered her face with a veil.

The event rolled out under a well-set stage for the bride and groom. The joyful groom, who looked dapper in a black sherwani, stood in Minal’s embrace as the two were captured smiling together.

Both the newlyweds shared the most-awaited wedding shoot on their separate Instagram handles and left fans gushing over them.