The gorgeous dimple queen Hania Aamir, who is widely known for her jolly nature and amazing acting skills, mesmerized fans with her dreamy Nikkah photoshoot. She looked nothing less than a goddess beauty.

Multiple ravishing pictures from her photoshoot surfaced online and fans are absolutely loving Hania Aamir as the stunning Nikkah bride.

The Anaa starlet appeared in a delicately embroidered ivory dress and paired it with a beautiful long neckpiece, earrings and bindya. She opted for subtle makeup, pink lips, rosy cheeks and a touch of highlighter all over her face. And of course, Hania’s lovely smile is the cherry on top. 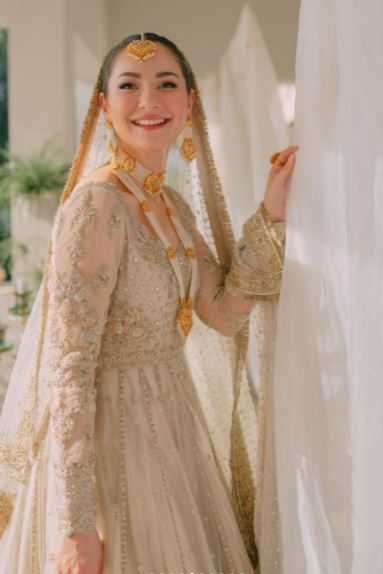 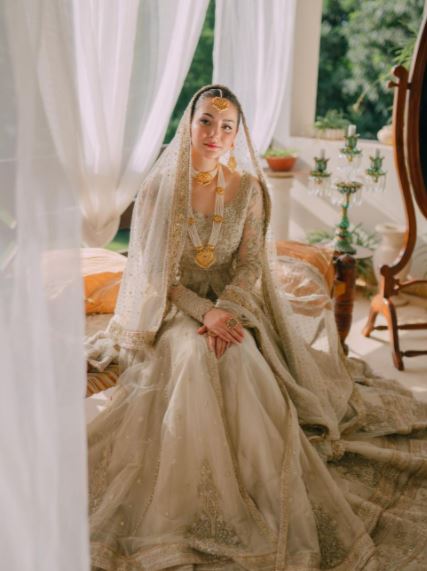 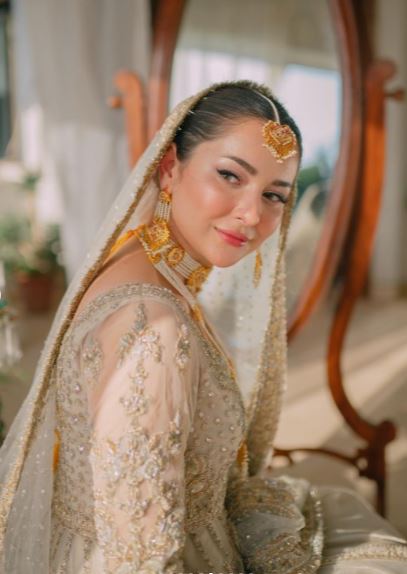 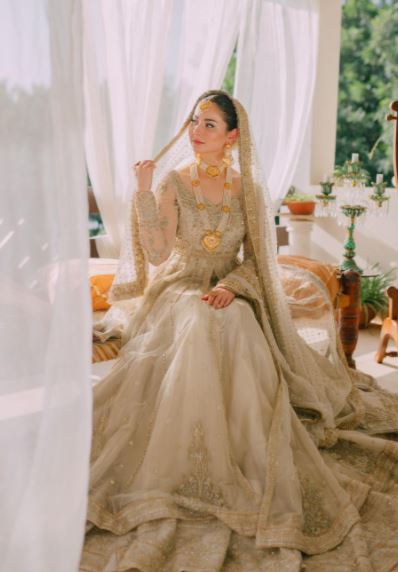 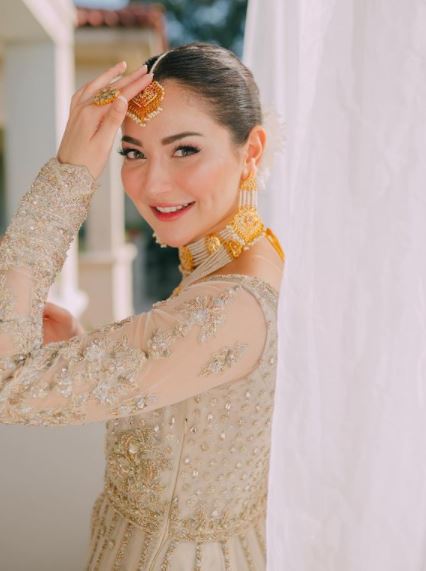 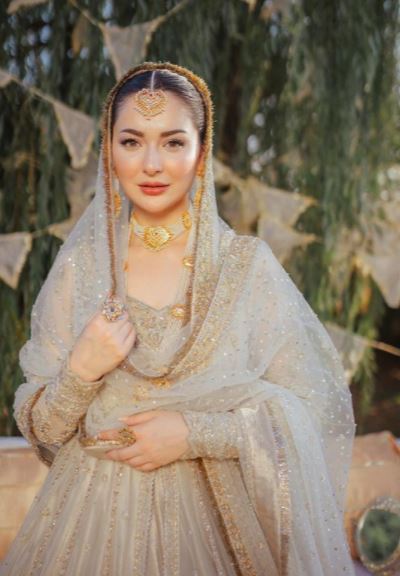 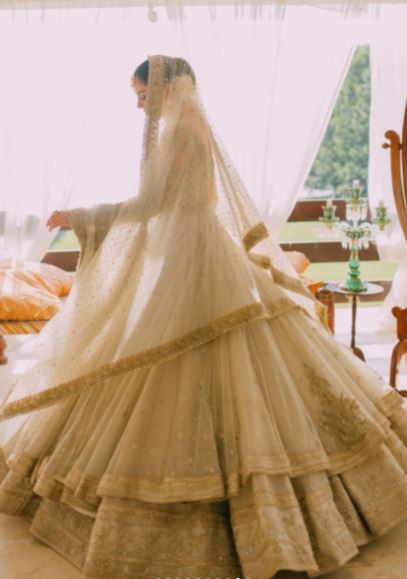 Earlier, the actress had responded to all the criticism by explaining the reason for her activism on social media saying, “I share my personal life in little bits and pieces here. Some appreciate. Some think I shouldn’t,”

“I do it to connect with the people who love me on this platform. I am here spreading laughs and smiles” the actress wrote.

“Remember me for the girl who touched your heart with a vulnerable meaningful conversation. Remember me for my kindness and love,” she continued to say.

After receiving hateful comments, Hania further said that her post is not an emotional giving up post but it is to spread love over hate.

The actress conveyed the message to her fans that they should always put love before hatred, and love themselves as well as others around them. “Laugh. Live your life.”

Hania Aamir is a Pakistani film and television actress. While studying at the Foundation for Advancement of Science and Technology, Aamir made several dubsmashes and uploaded them on her social media account, which got the attention of the producer Imran Kazmi, who later cast her in a supporting role in the blockbuster romantic comedy Janaan.

Hania Amir is the embodiment of beauty, grace, and talent who has...

Johnny Depp may be a pariah in the United States, but he...

After being placed under judicial custody in an alleged rave party case...