Aik Hai Nigar is a biopic telefilm in which it portrayed the life and career of Lieutenant General Johar. Apart from Mahira, the film also stared Bilal Ashraf and Khushal Khan amongst others.

The fans were in awe after watching Bilal Abbas and Mahira Khan’s telefilm “Aik Hai Nigar”. Mahira Khan received tremendous appreciation from the audience for her brilliant performance and hard work.

The telefilm has earned huge appreciation from fans and followers. 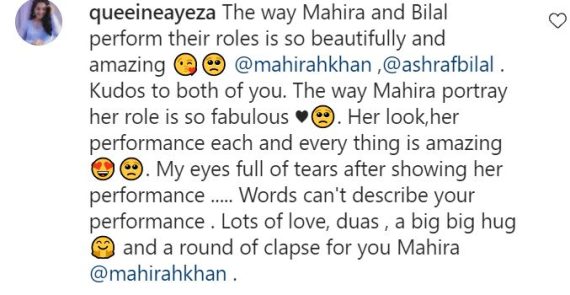 ‘PTI govt in K-P is a complete failure’

Samar Haroon Bilour is the first woman in the last 18 years...

LAHORE: Following a Bol News story on stent racket at the Punjab...

TEHRAN, Iran's Basij militia has unveiled a video game whose hero is...