According to the presser released by CM Punjab’s office, the chief minister said while addressing the ceremony that this project directly relates to the health of the people as more than 13 percent of citizens are deprived of the toilet facility.

Meanwhile, 74 percent of poor families are facing difficulties due to the lack of toilet facilities.

He informed that this project has been launched in collaboration with UNICEF in 1775 villages of Jhang, Chiniot, Rahim Yar Khan, Bahawalpur, Bahawalnagar, Lodhran, Bhakkar, Khushab, DG Khan and Rajanpur.

These districts have been chosen after a survey and two lac toilets will be constructed in three years to facilitate more than 75 thousand families, he added.

The chief minister maintained that cleanliness is half of the faith and this project is very important for maintaining public health. 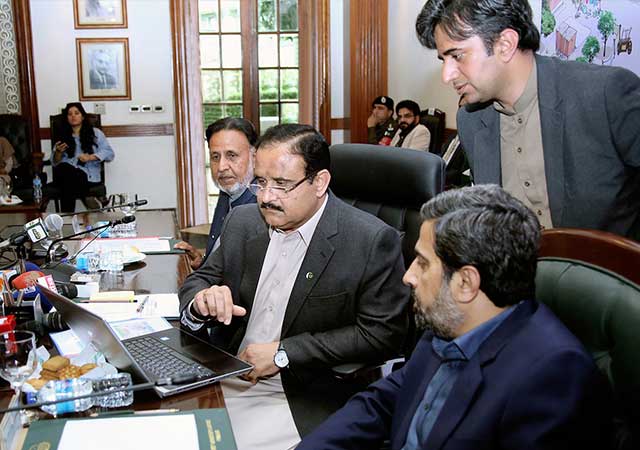 The Punjab government has also started the municipal services program with an amount of Rs26 billion to provide facilities at grassroots.

This program is being implemented in consultation with elected representatives while DCs are monitoring the progress. We are thankful to UNICEF for this project, he added.

Housing Minister Mian Mehmood-ur-Rasheed termed poor sanitation as an important issue adding that Open Defecation-free Punjab Project will be moved forward gradually as there is a need to create awareness in the rural population.