A British court has accused former “Miss Teen” militant ISIS of marrying and financing them.

According to a foreign news agency in the local court of the city of Liverpool in the UK, the former ‘Miss Teen’ Amaani Noor accused of marrying militants of the extremist organization, ISIS and providing financial support to the organization.

According to the details, Amaani Noor, 21, married a jihadi fighter online and told him it was “her dream” to join him in war-torn Syria. Noor, of Cinema Drive in Wavertree, was arrested after sending $45.51 to a PayPal account linked to the Islamist group, The Merciful Hands, on May 23, 2018.
She denied knowing or believing that the money may be used for the purposes of terrorism, and pleaded not guilty to one count of funding terrorism.
But a jury at Liverpool Crown Court heard Noor had expressed her support for “violent jihad” and Islamic State terrorists via the encrypted instant messaging service Telegram. 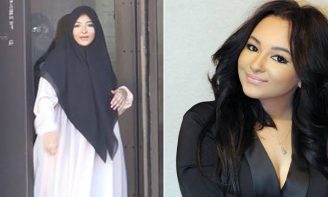 When she was arrested last year she had flights booked to Turkey so she could head to Syria to join Hakim.

She expressed support for Sharia law and said she didn’t have a problem ‘with people being killed justly’ if they refused to do certain things ‘according to Islam’, it is alleged.

Noor said she believed her husband was fighting ‘to fight against oppression and for Islam’.

The former Miss Teen GB semi-finalist, said she believed the money would go to buy food for women and children in Syria. 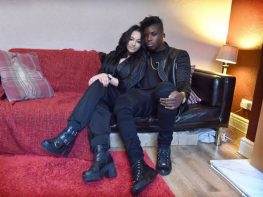 Noor, who broke down in tears at points during her evidence, said she did not use her real name because it may not have been accepted as a good deed by God.

She denies one count of fundraising contrary to the Terrorism Act 2000.