The couple is sharing their happiness on social media. They shared the photo of their wedding on Instagram account.

The caption reads, “Nine years ago today – thank you for all your lovely messages on The Duke and Duchess of Cambridge’s wedding anniversary!”

🎊 Nine years ago today – thank you for all your lovely messages on The Duke and Duchess of Cambridge’s wedding anniversary!

The Queen had honored Kate Middleton on her eighth anniversary last year. She was given the title of Dame Grand Cross of the Royal Victorian Order (GCVO) for her contributions to the sovereign. 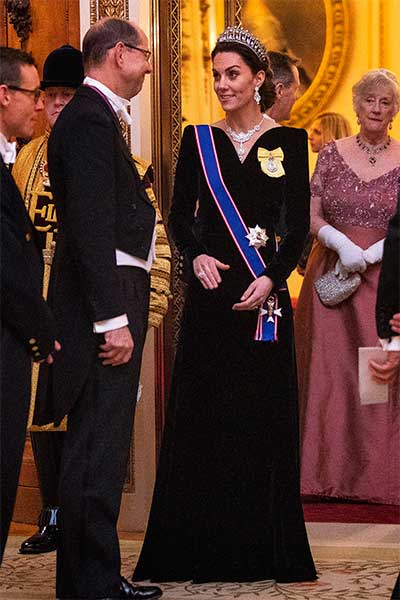 Queen Elizabeth’s 94th birthday is being celebrated today and members of the royal family have wished her on social media.

the day is being remembered without formal celebrations to avoid large gatherings during the ongoing lockdown.

Kate Middleton, Prince William, Prince Charles and the Duchess of Cornwall have wished her on her day through social media.

The Duke and Duchess of Cambridge wrote on Instagram, “Wishing Her Majesty The Queen a very happy 94th birthday today,” they also share a photo in which the couple and the Queen were seen together. The photo was captured at the Chelsea Flower Show last summer.