A Sriwijaya Air plane lost contact shortly after takeoff from the Indonesian capital of Jakarta on Saturday (today) and rescuers said suspected debris was found in the sea off the city.

According to the international news agency, flight tracking showed the flight path of flight SJ182 ending off the coast just north of Jakarta after it lost its altitude.

International sources say that the 62 passengers, including 6 children were onboard.

The head of the country’s search and rescue agency Basarnas, Bagu Puruhito said that teams were dispatched to look for the missing airplane in the waters of the north of Jakarta. The agency further said that no radio beacon signals were detected.

Another official with the agency, Agus Haryono said that debris suspected from Sriwijaya Plane, Boeing 737-500 had been found in the sea, but it had not been confirmed that it came from the missing flight or not. 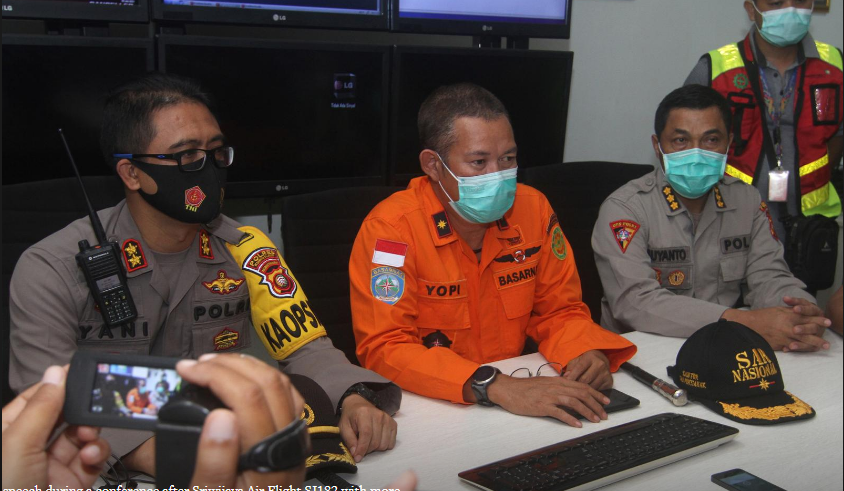 The Sriwijaya Plane, Boeing 737-500, took off from Soekarno-Hatta Airport. It was heading to Pontianak, the provincial capital of West Kalimantan.

Flight tracker website FlightRadar24 reported that the plane lost more than 10,000 feet of altitude in less than a minute.

A Sriwijaya Air plane lost contact shortly after takeoff from the Indonesian...

Microsoft will soon turn its headquarters into a vaccination center for the...

On the Japanese highway, there were 134 car crashes at a time...

Microsoft will soon turn its headquarters into a vaccination center for the...