Security guard Iftikhar Wahid was martyred two days before his retirement while foiling an attack on the Pakistan Stock Exchange in Karachi on Monday.

Iftikhar Wahid was due to retire two days later, on July 1. Four terrorists were killed in the attack while two security guards and a policeman were martyred.

60 years old Iftikhar Wahid has been working as a security guard at the Pakistan Stock Exchange for the last 10 years.

Iftikhar was stationed at a checkpoint at the only entrance, where the assailants got out of their vehicle and carried out the first attack. There are several bullet marks on the checkpoint and on the barriers of the vehicles. This is where the attackers encountered resistance, and according to police officials, two attackers and two security guards were killed in an armed confrontation here.

The Pakistan Stock Exchange building has three security fences, the second gate after the entrance barrier, followed by the reception and the last security post. The stock exchange then begins to cover the building, with a sniper on the building’s entrance. The building is secured by a private security company.

Private security company officials are not allowed to speak to anyone or provide details.

The house of martyred security guard Iftikhar Wahid is located in the railway colony behind the stock exchange building, where people are coming to offer condolences after the incident. Ejaz, the eldest son of Iftikhar, is receiving the condolences. Ejaz is physically disabled and is unable to do any work. 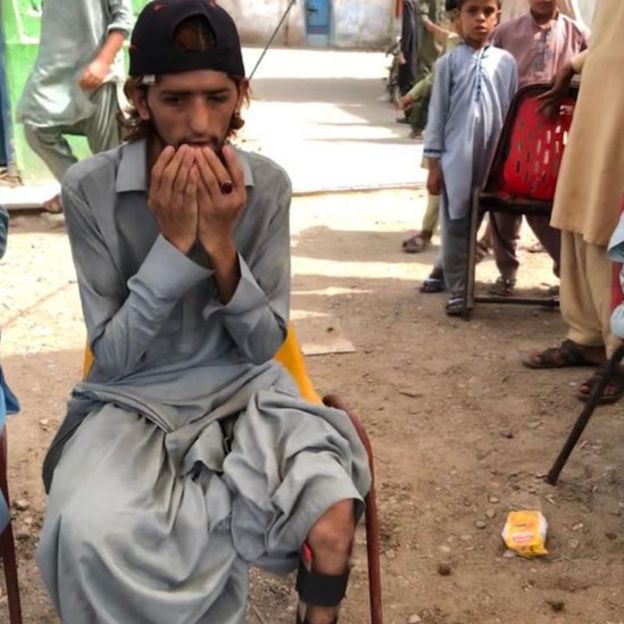 Prime Minister has called a federal cabinet meeting on Tuesday. According to...