Mufti Abdul Qavi leaked video: He does not seem to stop making the headlines every now and then. After being exposed by Hareem Shah for inappropriate conduct, Abdul Qavi was stripped off of the title of ‘Mufti’ and was reportedly sent for mental help by his friends and family.

However, after a long hiatus, the former cleric is back in the news with another video that has surpassed all the limits of vulgarity showcased by him in his previous episodes with both Hareem Shah and Qandeel Baloch (late). This time the disgraced scholar is not with anyone but himself. 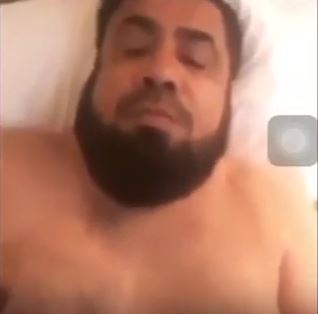 In the video, Abdul Qavi is seen to record himself with his mobile phone which was said to be ‘confiscated’ by his uncle after his previous stint. Abdul Qavi appears to record the video for someone as he is seen without clothes and trying to seduce the recipient of the video.

Abdul Qavi then proceeds to lie down on what seems like a bed while murmuring something during his inappropriate actions. After recording a few glimpses of himself, Qavi then concludes the video after giving his trademark ‘bosa’ which was “critically acclaimed” by the internet in the Hareem Shah episode. 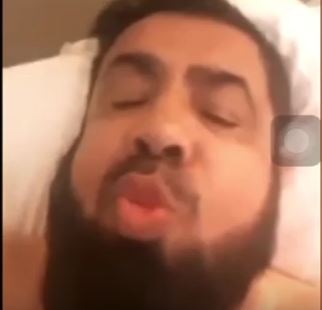 The last time Abdul Qavi made the headlines was when his uncle Abdul Wahid said that Abdul Qavi should not be called Mufti as he has done a lot of damage to the family after Mufti Abdul Qavi Leaked Video.

According to the details, Mufti Abdul Qavi’s uncle Abdul Wahid Nadeem while addressing a press conference in Multan said that his family is honourable, his family has educated thousands of people, his family has been serving beyond professional grouping.