Prices of chicken, pulses, other food items go down

Three bogies of the passenger train have overturned after the engine reinvested into a tanker which was reportedly jammed on the railway track due to a mechanical fault. 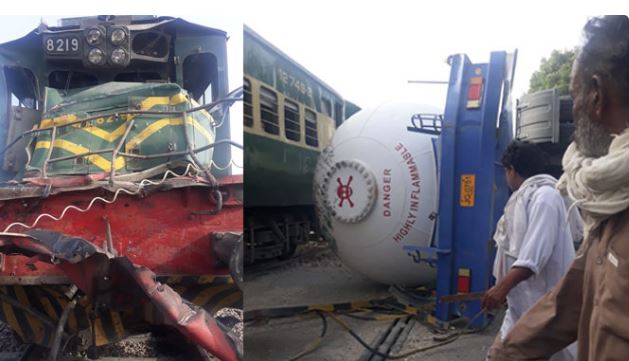 However, the tanker was carrying a liquefied petroleum gas (LPG) ‘highly inflammable substance, which is it is yet to be established by the authorities.

In the horrifying train accident, the locomotive was badly damaged while three bogies disrupted, however, there were no casualties reported.

The tanker has upturned with the powerful hit of the locomotive when Rehman Baba Express train was directing towards Peshawar from Karachi.

Whereas, rescue teams and railway officials have immediately rushed to the site. Refurbishment work for the railway track was instigated by the apprehensive officials on the accident site.

There is immense potential for tourism in the region: Imran Khan

Fumigation Campaign To Be Launched In Karachi: Administrator

Suggestions for revision of petrol prices from August 1