An explosion inside a bus carrying employees to the Dasu Dam site in Upper Kohistan Thursday morning killed at least 13 people, including nine Chinese nationals, and injured over 20 others. 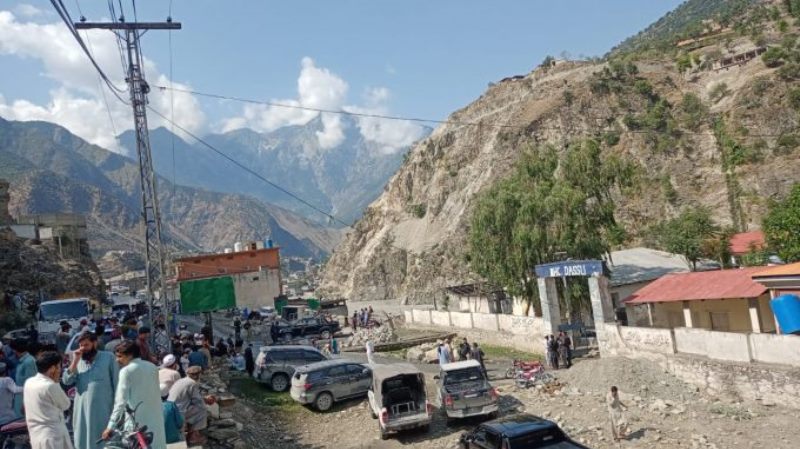 A total of 28 Chinese people have been injured.

“The blast sparked a fire in the engine plunging the vehicle into a ravine,” a local government source told a Private news agency.

He said a further 28 Chinese nationals were injured. The people killed include Chinese engineers, surveyors, and mechanical staff.

Security Police and rescue teams have reached the site and have sealed it. An operation is underway to recover the bodies.

A senior local police official, who has chosen to remain anonymous, confirmed the incident and said “it was a big blast but its nature is not known yet”.

On Thursday the Chinese embassy in Pakistan released a statement saying that “a certain project of a Chinese company in Pakistan suffered an attack, which caused the deaths of Chinese people”.

It further instructed Chinese firms to support their security procedures.

Zhao Lijian, a spokesperson for China Foreign Ministry Condemning the incident, urged Pakistan to “severely punish” the perpetrators “and seriously ensure protection and safety of Chinese nationals, organizations, and projects” in the country.

Beijing has invested tens billions of dollars into infrastructure projects in recent years, and a big number of Chinese nationals are now based in the country to supervise and build them.