Hockey and ball were stolen from the statue of National Hockey Olympian Samiullah Khan, popularly known as the Living Horse.

In Bahawalpur, a statue of Olympian Samiullah Khan was cast on Hospital Chowk, recently the hockey and ball have disappeared from the statue.

According to the citizen, the ball was stolen from the statue first and now hockey has disappeared.

Some thief’s stole ball and hockey from the statue of Hockey hero Samiullah khan in Lahore pic.twitter.com/aFE8cSOhRR

The theft occurred less than two weeks after the statue was installed at a crowded crossing in the cantonment neighborhood in Khan’s hometown to honor the left-winger popularly known as “Flying Horse” for his electrifying runs down the left flank.

“Let’s see for how long his shoes and socks survive,” one upset hockey enthusiast commented. 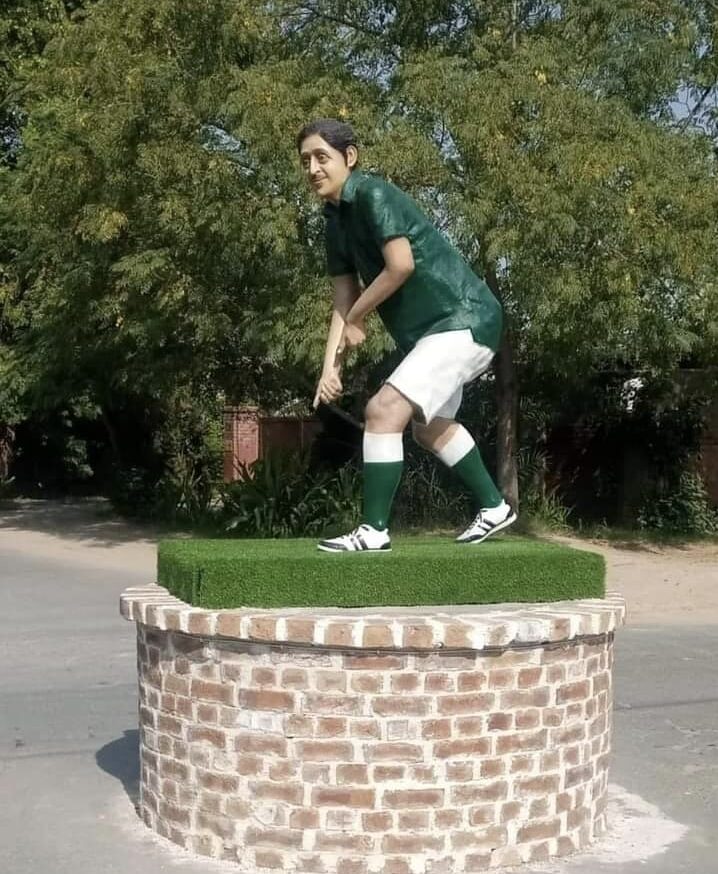 Khan also won silver in the 1975 World Cup. His sole Olympic performance came in 1976 where the Pakistan team won bronze. In 1980, Pakistan participated in the American-led boycott of the Summer Olympics in the Soviet Union.

Q. You left PPP, joined PTI, worked as SAPM and then resigned...