Khalil Ur Rehman gets praised by which Indian actor?

Khalil Ur Rehman gets praised by which Indian actor?

Khalil-ur-Rehman Qamar is a Pakistani writer, director, Urdu poet, lyricist, and occasional actor who has worked on plays such as Pyarey Afzal (2013), Sadqay Tumhare (2014), and most recently the top-rated Meray Paas Tum Ho (2019-2020), as well as the 2019 ISPR-produced film Kaaf Kangana.

Recently Khalil Ur Rehman was praised by Indian actor Aly Goni. He is a 30-year-old Indian television actor and model with a 4 million-strong Instagram following. He has spent a significant amount of time in the Indian television industry. In Kuch Toh Hai Tere Mere Darmiyaan, he played Raj Kapoor, and in Yeh Hai Mohabbatein, he played Romi Bhalla.

The actor appears to be a big admirer of Pakistani shows, as he recently posted the ost lyrics to the popular drama serial Laal Ishq on Instagram. He wrote, “Jab Kaha Tha Mohabbat Gunaah to Nahi, Phir Gunnah Kay Barabar Saza Kyun Mili,” using the dramatic lyrics from the popular drama’s ost, as well as mentioned the Khalil Ur Rehman’s name. 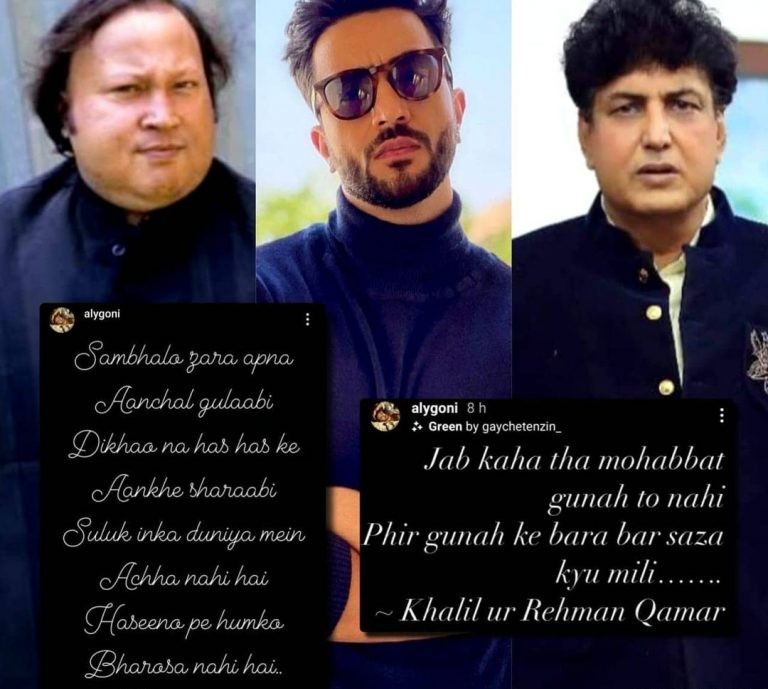